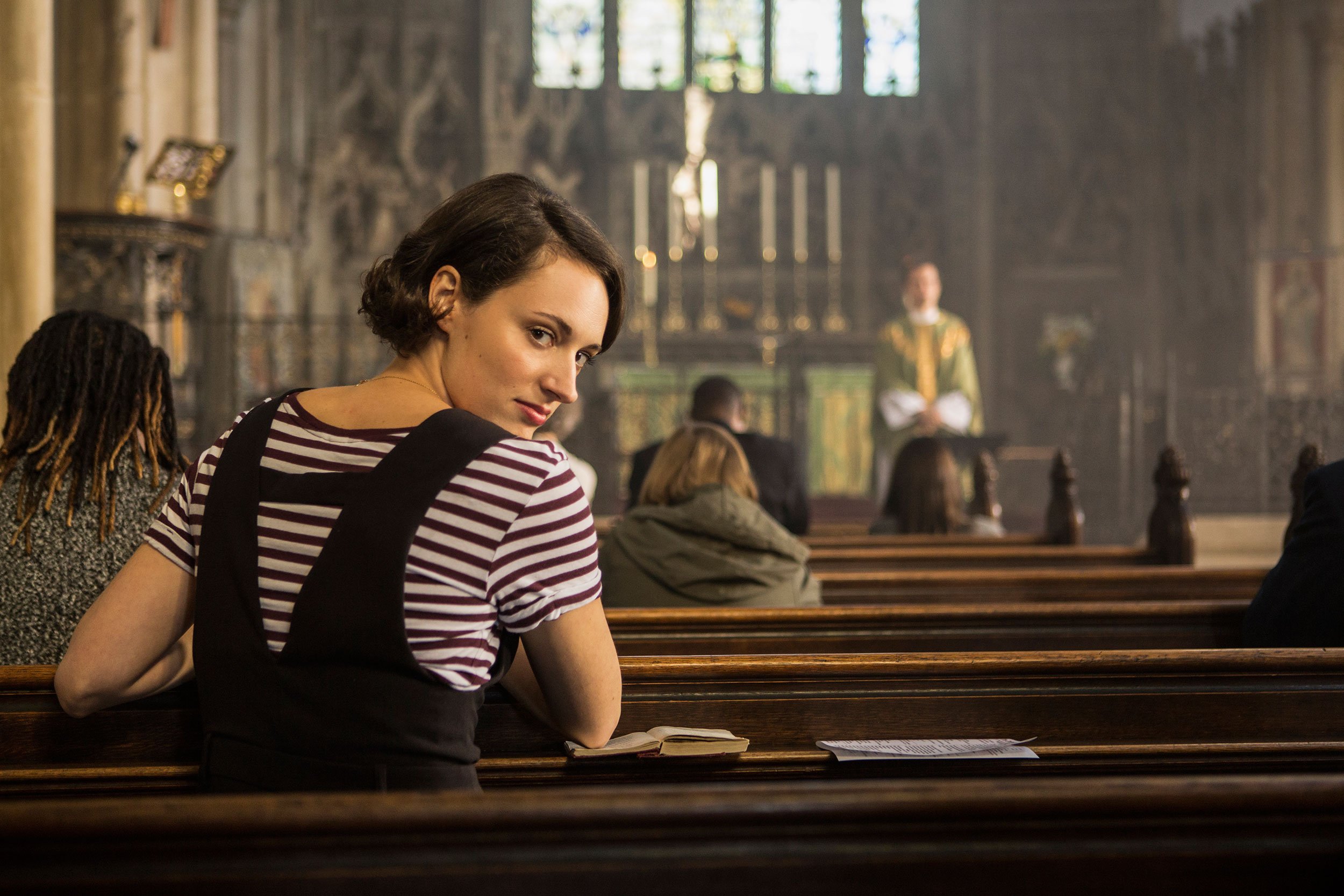 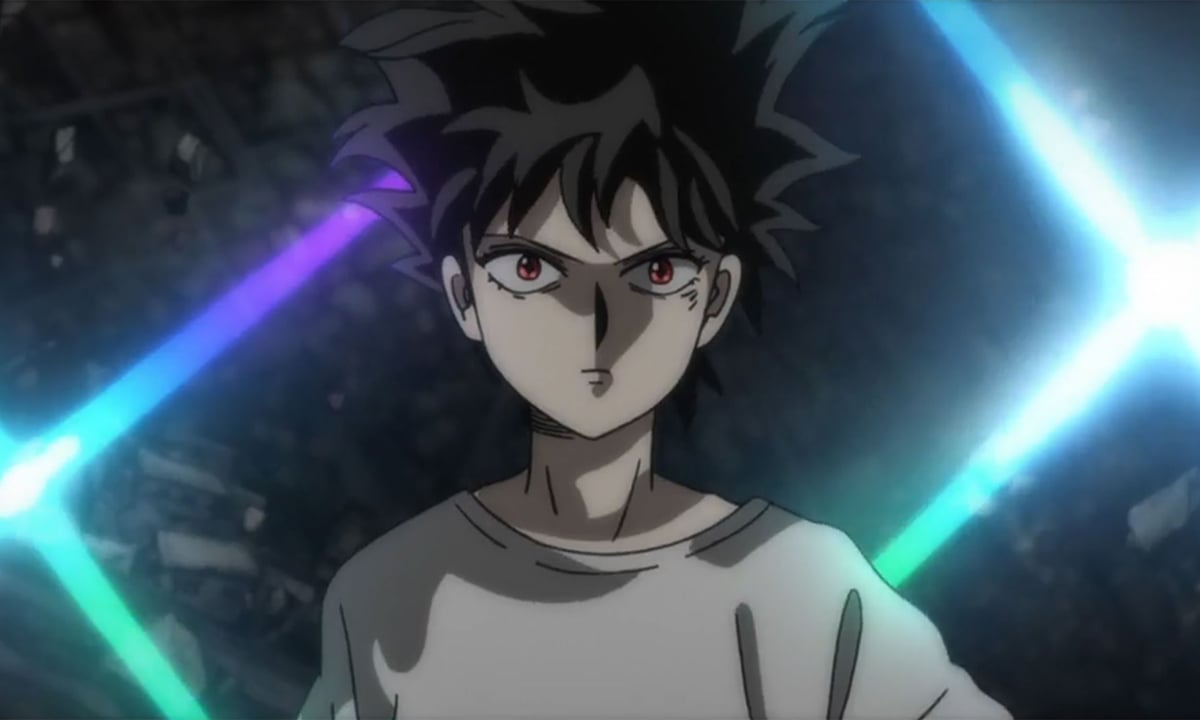 Though Shigeo Kageyama, a.k.a. Mob, a.k.a. White-T Poison, is one of the most powerful psychics around, that prowess hardly brings him fulfillment. The quiet, awkward middle-schooler grapples with the emotions he’s learned to suppress through attempts to impress his crush, his (often unfortunate) participation in the riotously supportive Body Improvement Club, and his part-time exorcist job working for blowhard, kind-hearted conman Reigen Arataka. The series is an outpouring of humanity, a brilliant juxtaposition of the bizarre and the mundane that examines what it means to function in a society and the importance of other people. We see the narcissistic paths Mob might have traveled down if he wasn’t so committed to being a regular guy. And as in the show’s last season, it’s such a pleasure to see the distinctively crude art of pseudonymous manga artist ONE transformed into something so staggeringly gorgeous and intricate by anime studio Bones. With frequent art style shifts to complement its already idiosyncratic designs, Mob Psycho 100 practically radiates with the infectious excitement of being animated. Scaife 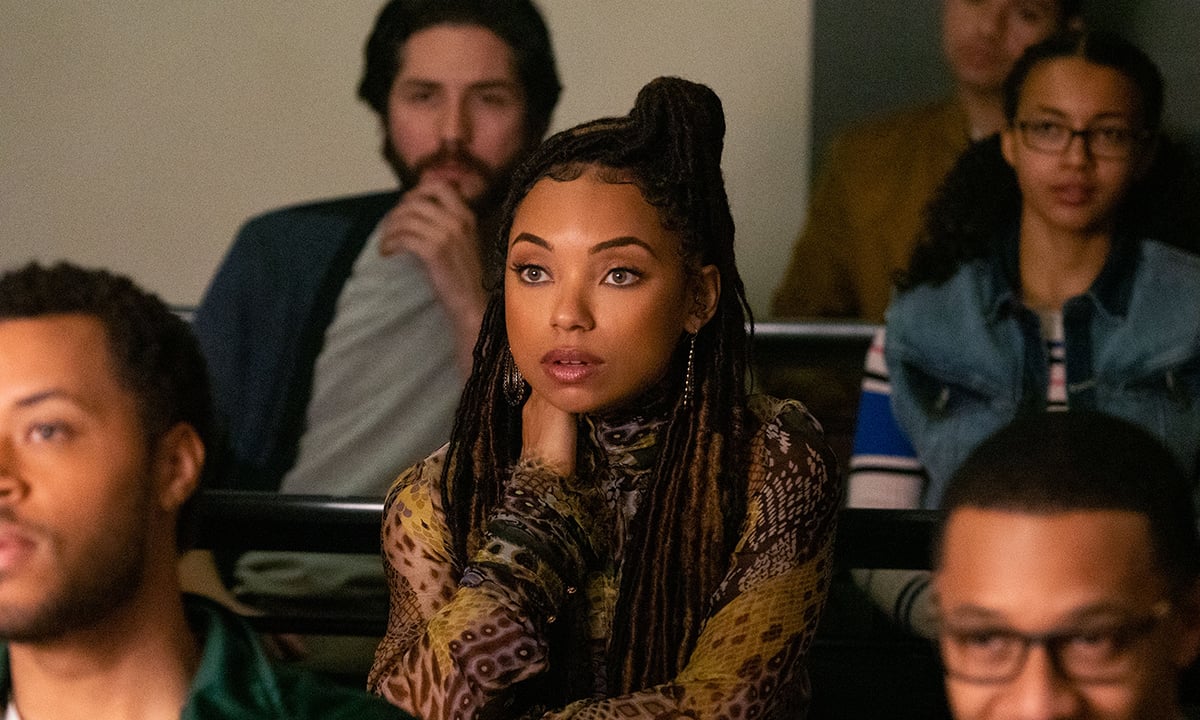 Although Dear White People reformulates its narrative emphases in season three, the show’s buoyant humor and dynamic visual flair remain consistent. A restless camera follows the students of the Armstrong-Parker House as they move swiftly through campus spaces and lob witticisms at one another, almost as if they were on an Aaron Sorkin show. All of them continue to speak with a voluminous knowledge of pop culture and capacity for barbed quips. Their cleverness and cultural knowledge would be easier to dismiss as aspirational flourishes designed to reflect creator Justin Simeon’s ideals if the heady repartee between students didn’t ensconce even the show’s most trenchant critiques in ebullience and communicate them with clarity. Despite never attaining its usual insistent thrust, however, Dear White People locates poignancy in characters who, after fighting unwieldy, important battles for two years, confront their own waning momentum—and begin to wonder if personal fulfillment and cultural progress aren’t, necessarily, correlated. Haigis 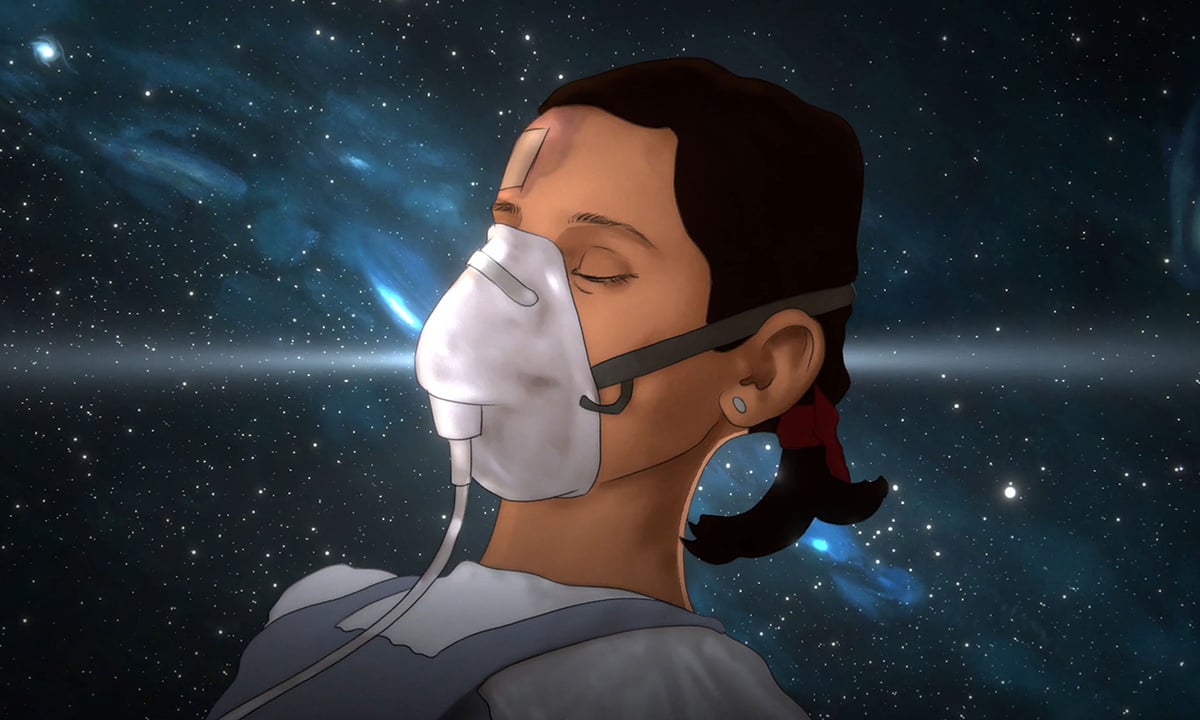 Rotoscope animation gives Amazon’s Undone an appropriately in-between feel, its not-quite-animated yet not-quite-live-action style a metaphor for protagonist Alma’s (Rosa Salazar) state of mind. Following a car crash, she becomes unmoored in time, seeming to travel to the past and go through life events out of order. Whether due to schizophrenia or because she’s some sort of time wizard, the point of the series is that Alma isn’t in total control. Undone, the brainchild of Bojack Horseman writers Kate Purdy and Raphael Bob-Waksberg, is certainly complicated, but it makes for an unexpectedly rich character piece about processing mental illness and the way it affects those around us. Scaife 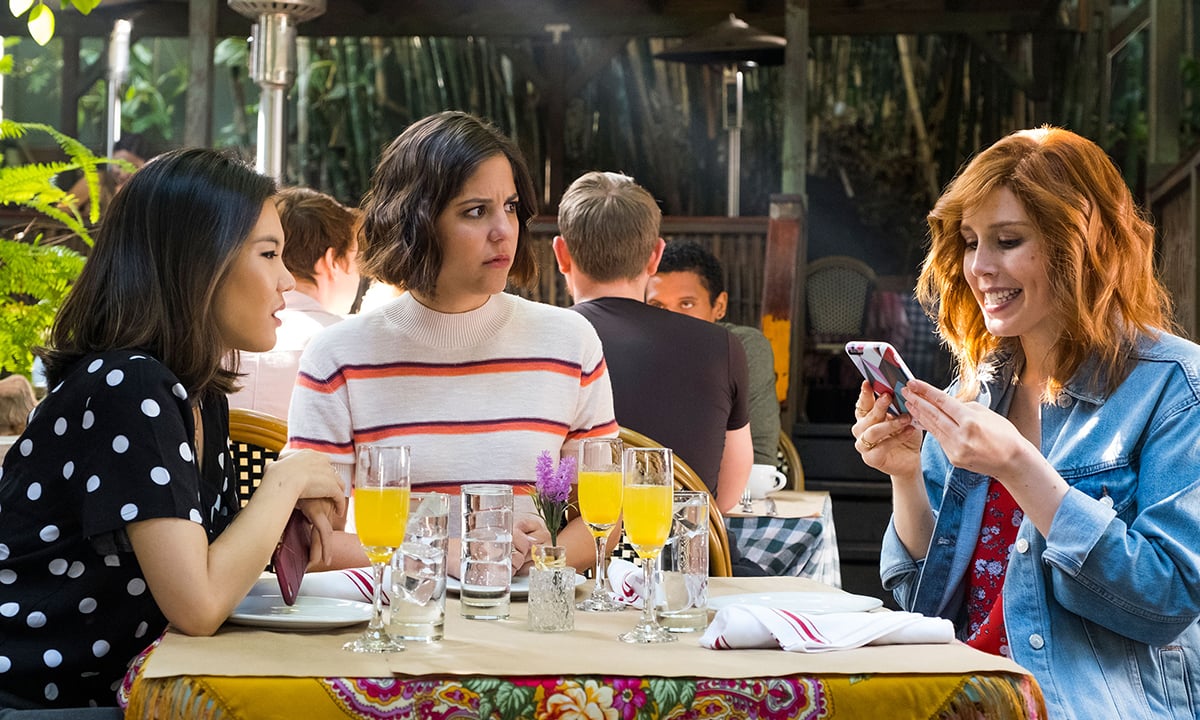 12. I Think You Should Leave with Tim Robinson

Social discomfort leaks out of each and every sketch of I Think You Should Leave with Tim Robinson, as characters constantly double down, then triple down, then quadruple down on their inane schemes and insecurities. Throughout, already bizarre situations escalate to truly profound degrees of obstinance and delusion: denying responsibility for a crashed hot dog car while dressed in a hot dog costume, incessantly responding to a “honk if you’re horny” bumper sticker, vowing revenge on a magician who publicly humiliated you, attempting to assassinate baby bad boy Bart Harley Jarvis, and defiantly, inexplicably singing about the reanimation of some skeletons. The series reaches such dizzying, quotable absurdity that it seems to inhabit an abrasive and uncomfortable universe all its own. Scaife 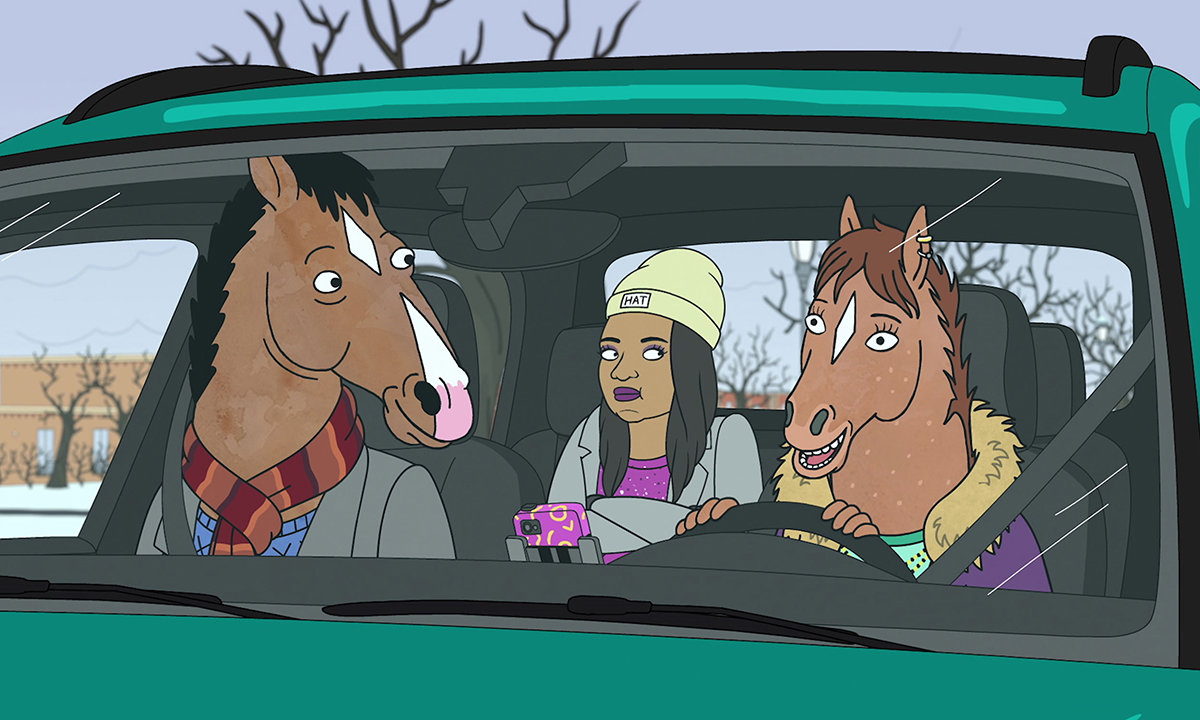 BoJack Horseman (Will Arnett) is changing, or he finally seems as if he’s sincerely attempting to change. The misanthrope appears seized by a certain earnestness, which brings a magnetic resonance to the first half of BoJack Horseman’s final season. The series keeps up its high bar for clever visual gags and incisive Hollywood satire, and sidelining BoJack in recovery allows it to showcase its deep roster of characters. Various episodes focus primarily on Diane, Princess Carolyn, Mister Peanut Butter, and others, even as they fiercely get at how BoJack’s tumultuous past has affected each of them. And while the show still cannily observes the pitfalls of BoJack’s addictions and narcissism, after five seasons of generating mostly pity for its equine protagonist, BoJack Horseman is finally hopeful that he may just shake off his demons. Haigis