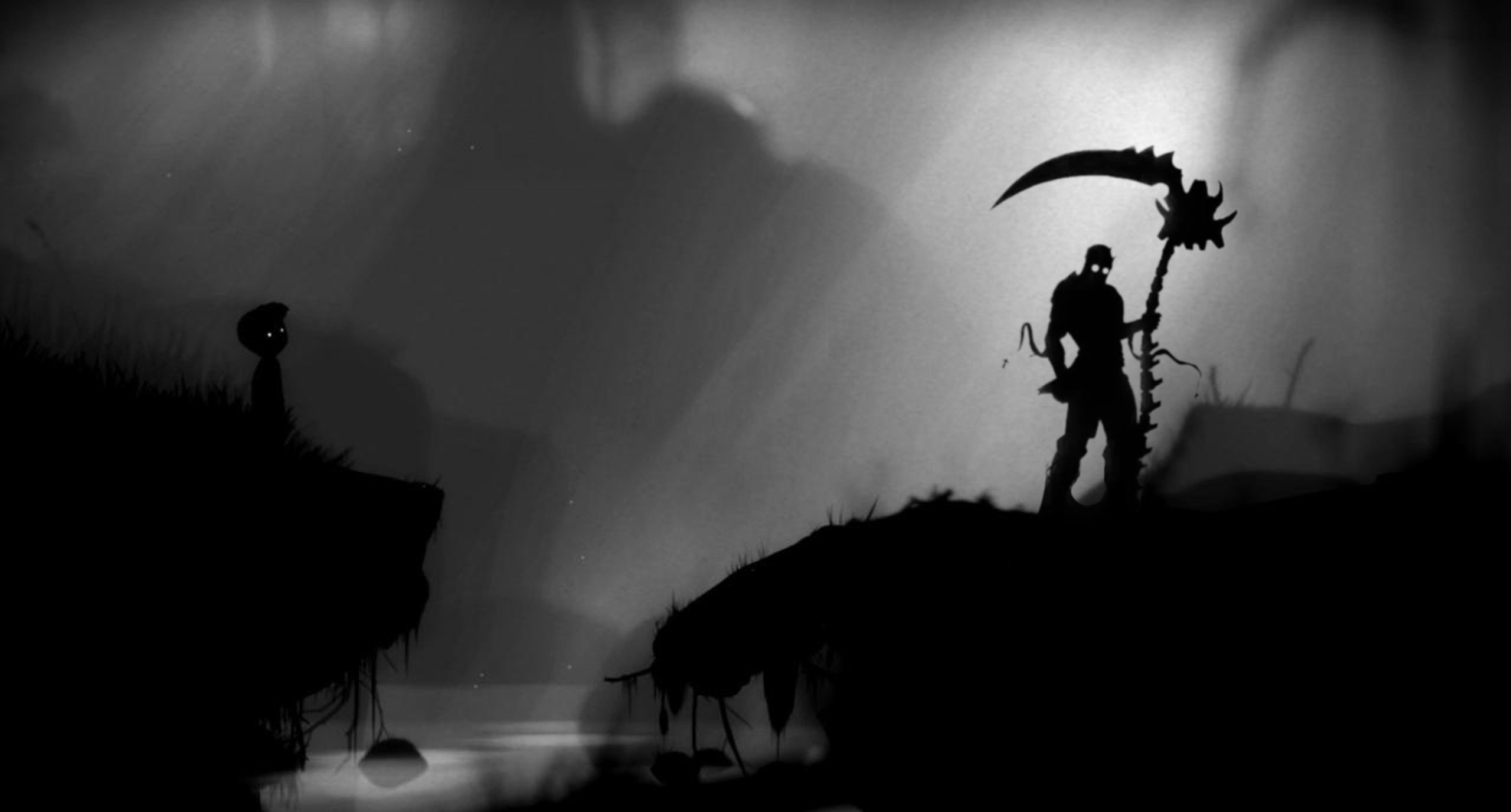 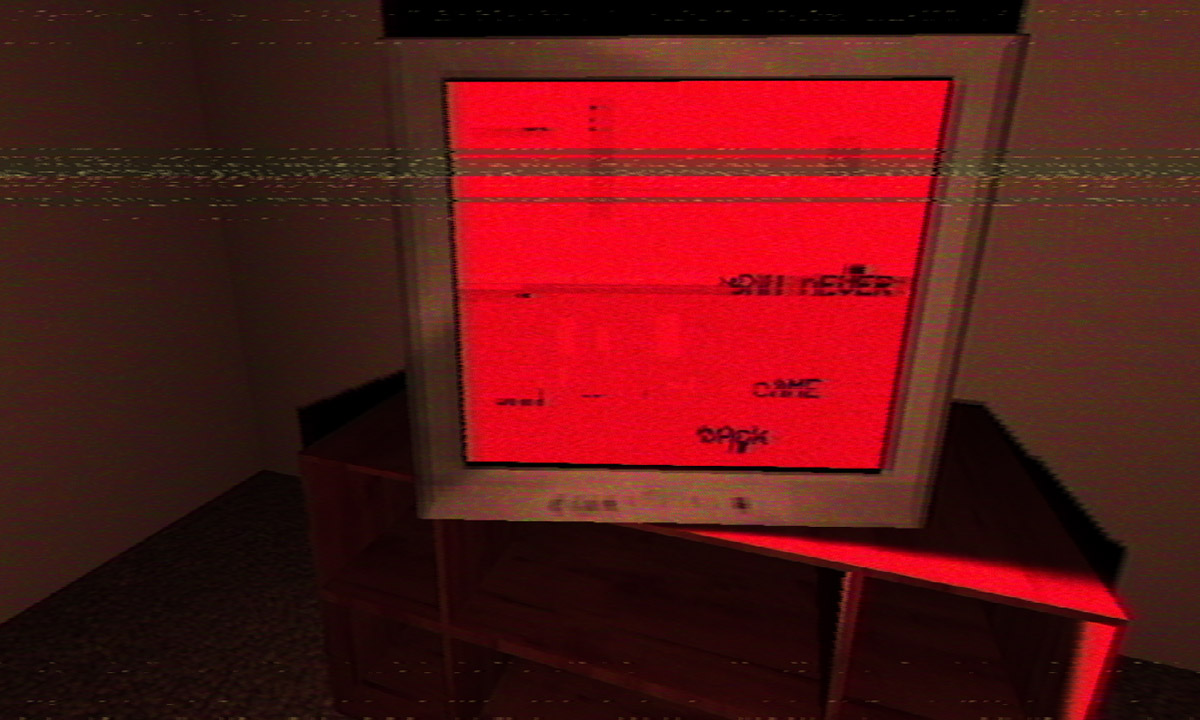 As you walk around a dark house listening to tapes, Kitty Horrorshow’s Anatomy taps into an instinctual, almost childlike terror. It locates that long-ago feeling where you wake up in the middle of the night and stumble to the bathroom as quick as you possibly can, eyes forward, trying not to think about the darkness around you. The game hisses into your ear that nowhere is safe, escalating its glitchy imagery until the smallest abstractions give way to something truly frightening, a gut-level unease that rattles your soul. On-screen messages ominously alert you to where tapes are located until the words grow distorted, until the house itself seems to warp unnaturally around recorded messages that deteriorate as they play. Everything about Anatomy burrows into your head: the devices that won’t shut off, the sweating meat thing, the windows that aren’t there, the gnarled textures and the grotesque portraits. This house has teeth. Scaife 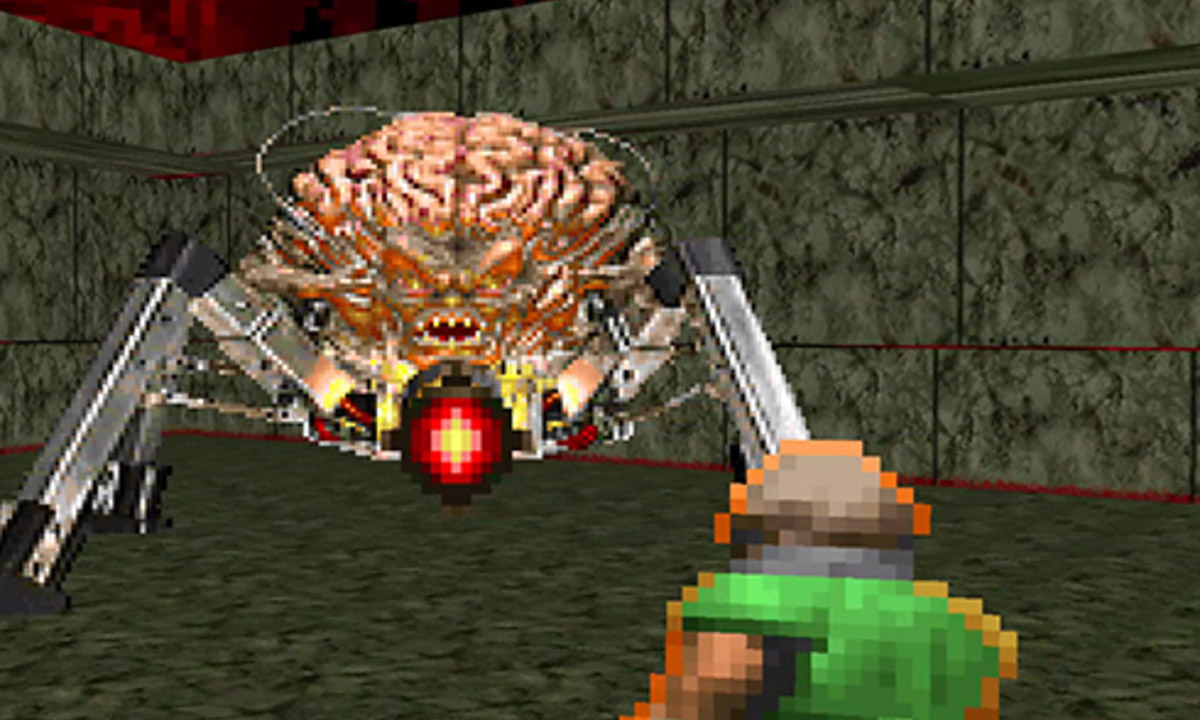 An ominous metal riff immediately trumpets a distinctive brand of intensity in the first level of id Software’s Doom. From there, the game more than lives up to the implications of its title, as the player wades through cold corridors, battles demon-corrupted human bodies, and sprints across deadly ooze. With loads of secret rooms containing precious items, Doom also welcomes you to comb an environment that seems alive, especially when you, after being lulled into complacency by the allure of an empty area, become the victim of abrupt and devilish traps, like an entire wall that slides down to unleash a menagerie of aggressive demons behind you. Because you can only aim straight ahead with a gun or chainsaw, the game forces you to take advantage of the protagonist’s running and strafing abilities, but the speed of your movement can be as discombobulating as it is enlivening. All of these aspects, more so than the game’s graphic violence, cement Doom as a horror masterpiece that transcends the first-person shooter label. Pressgrove 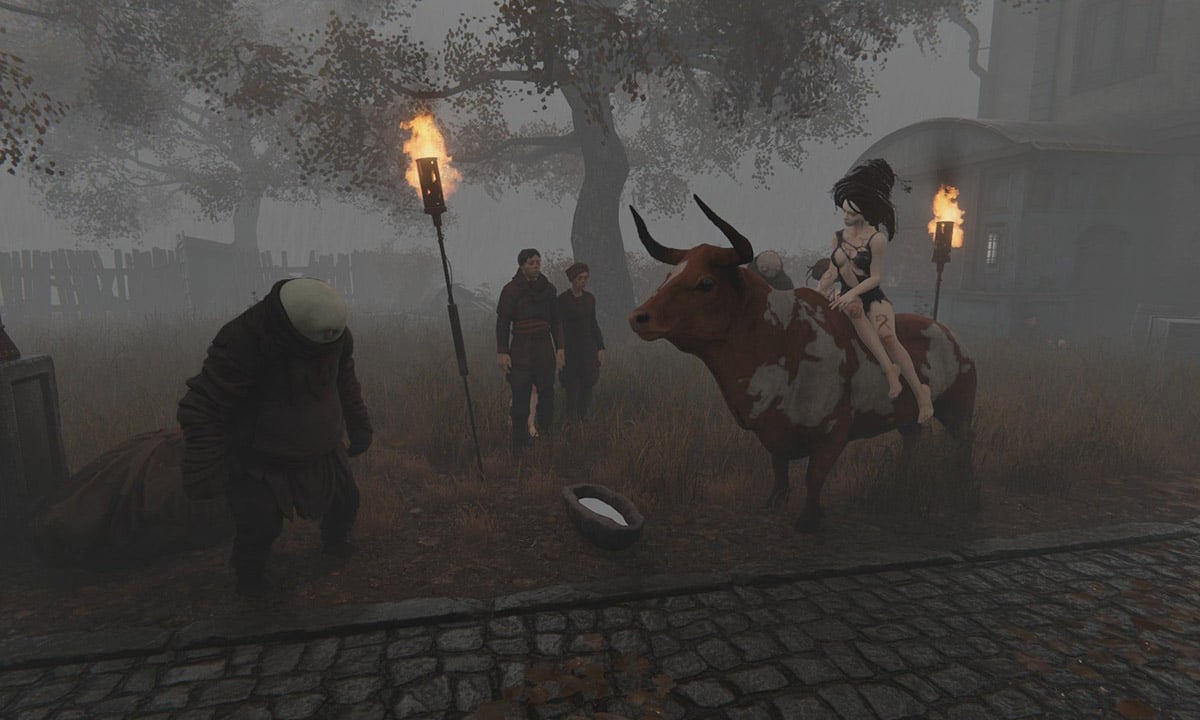 Pathologic 2 is a hand around your throat. Few games have so vividly bottled despair and desperation, asking you to cast aside any and all preconceptions about what to value in a video game as you examine what you’re willing to hoard and what to peddle to save your skin. And fewer still do it with such overpowering, nightmarish style, at once theatrical and dreamlike. To be sure, the game, from the Russian-based Ice-Pick Lodge, requires some getting used to, but with the difficulty modifiers added since its initial release, the only real obstacle toward learning the nuances of its world have fallen away; the modifiers make it much easier to get into the game, without compromising the sense of place or misery. Pathologic 2 is a game built to cut you open and show you your soul, brimming with so many thrilling turns away from traditional game design that if it doesn’t become an instructive text, the medium will only be poorer for it. Scaife 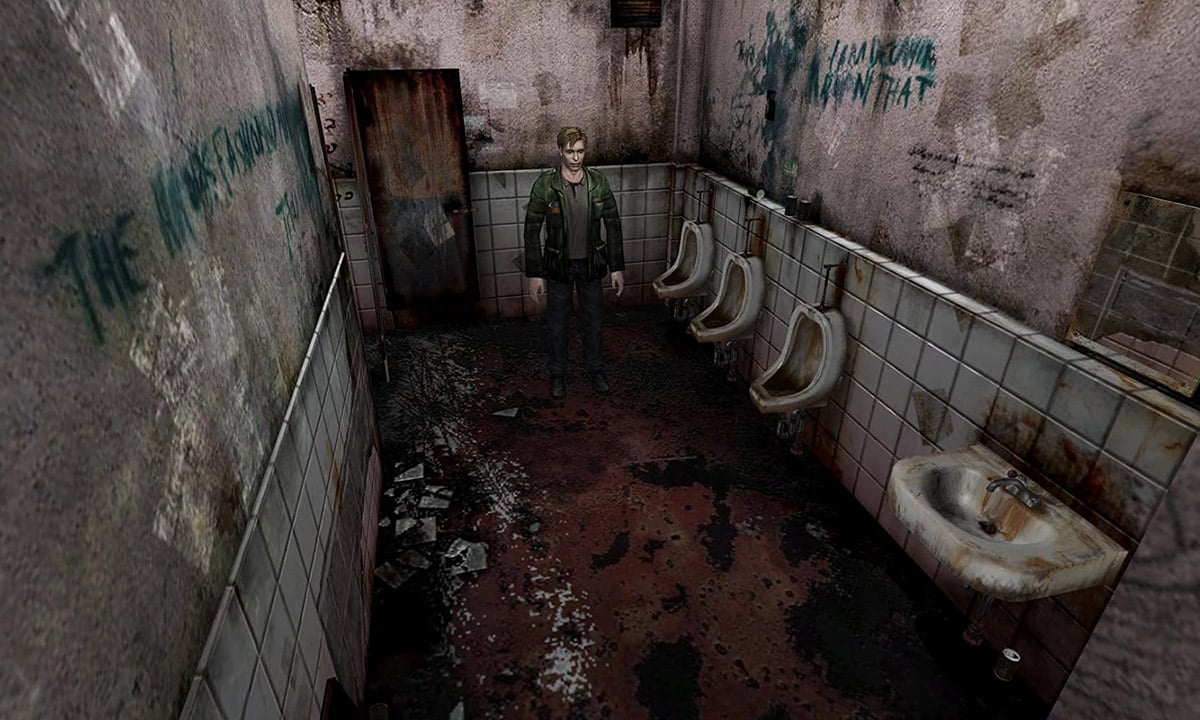 Silent Hill 2 is a game about grief. The story is simple: A widower is drawn toward the eponymous town after he receives a letter from his dead wife, who asks that he meet her in their “special place,” a hotel off the shore. In Silent Hill he finds terrible things: monsters, demons, all glimpsed hazily through a shroud of impenetrable fog. But worst of all he finds the truth. This isn’t a game about battling creatures or solving puzzles; those elements hang in the background like the ornamentation of a bad dream. In Silent Hill 2, you find yourself asleep, and the game is about needing to wake up. Calum Marsh 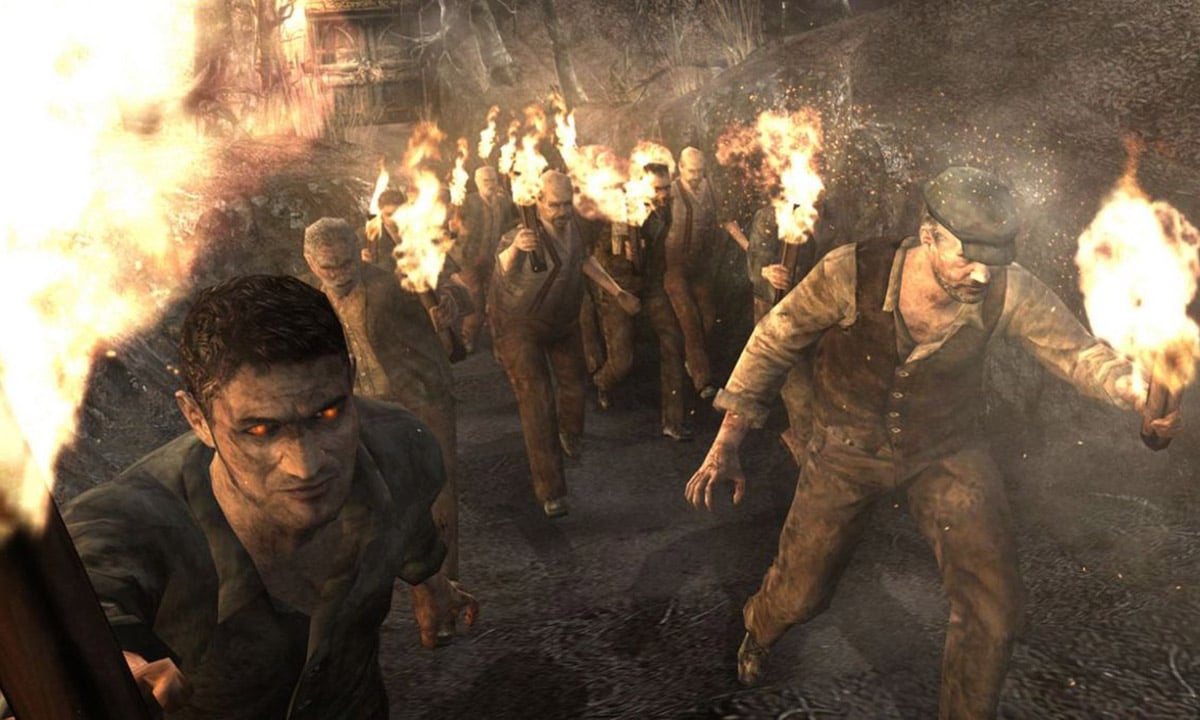 In Resident Evil 4, your mission to save the president’s daughter from kidnappers quickly goes south, stranding you in a rural village surrounded by crazed villagers infected with something very, very bad. The game offers no guidance as to how to react or escape, leaving you in a state of anxiety as Leon Kennedy attempts to flee only to be quickly cornered and overcome. The series’s transition here from the stationary camera of the previous games to a fully 3D environment was a major step forward for third-person action games, but the sense of uncertainty that wracks the player throughout the lengthy narrative, of being made the center of a horrific, frenzied nightmare, is what made this game one of the most profoundly discomfiting experiences video games have ever seen. Aston