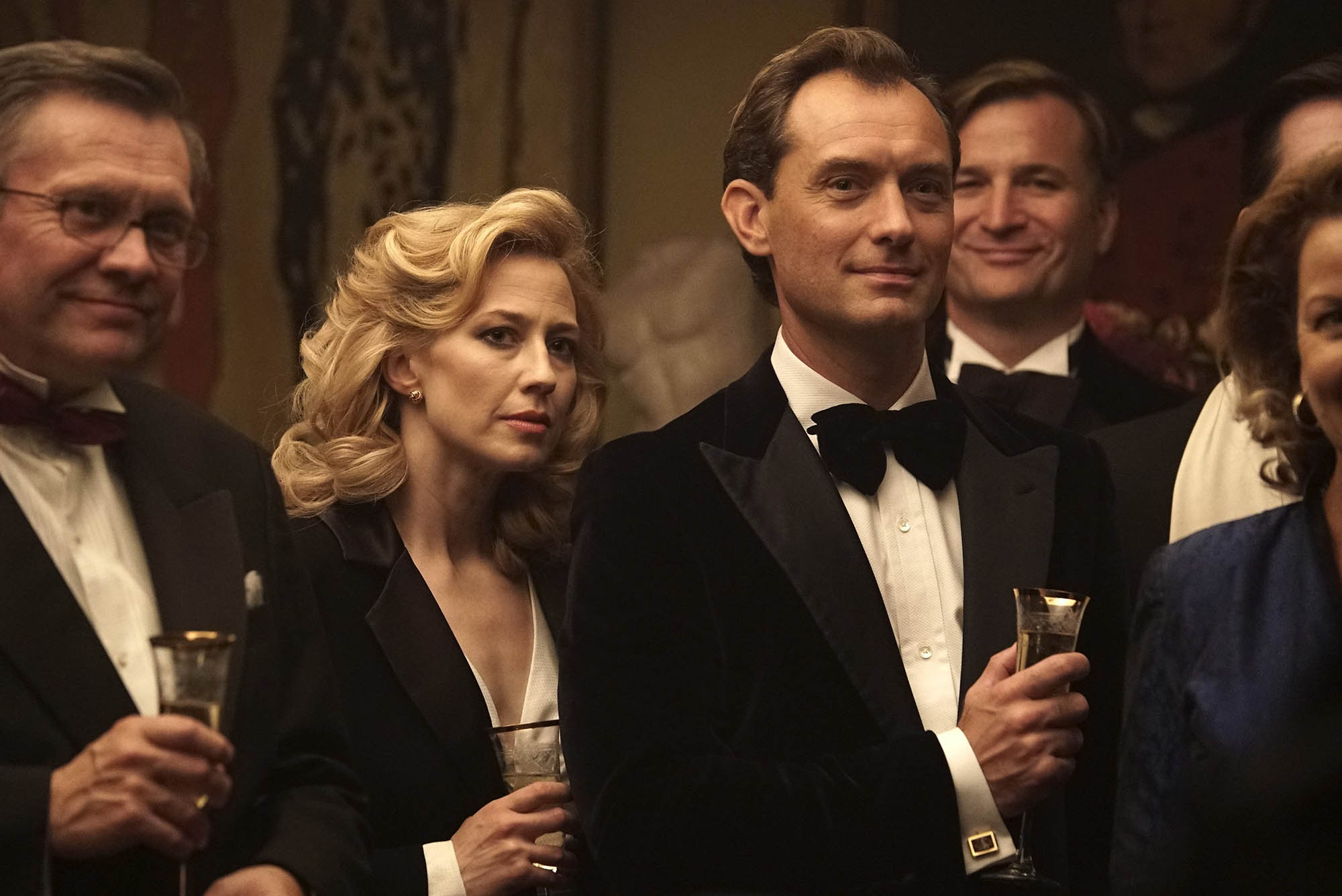 Carrie Coon has a habit of disrupting the normal order of things. In HBO’s The Leftovers and now in The Nest, Sean Durkin’s ‘80s-set parable of financial hubris, she’s a sympathetic wife and mother with an undefinable edge, accumulated from a series of tiny gestures and the actor’s manner of speaking a half-beat sooner than you ever expect her to. With a regal quality that belies her fraying nerves, Coon is an uncanny counterpart to Jude Law, playing something like a recession-era Dickie Greenleaf: high on his own powers of persuasion and keenly aware of the dominoes falling all around him. Gray

Imagining a future of depictions of Trump-era America, it’s impossible to envy any actor who has to inhabit a role so meaty, so toxic, and so ripe for caricature as a MAGA-hat wearing true believer. And it’s hard to imagine anyone doing a better job transcending these worries than Da 5 Blood’s Paul, a Vietnam veteran who has sublimated his grief and externalized it in the form of a biting, stubborn anger. Paul’s delusions come crashing down in a tour-de-force sequence alone in the jungle, but Delroy Lindo is just as captivating in more benign scenes throughout Spike Lee’s joint, disrupting the camaraderie of a reunion of friends due to his hair-trigger temper and PTSD-fueled paranoia. Lindo offers a master class in how deep we can bury our trauma, and how agonizing and liberating it is to finally access it. Gray

Atsuko Maeda, To the Ends of the Earth

It’s hard to think of a recent performance that more precisely captures everyday feelings of anxiety and dislocation than Atsuko Maeda’s in Kiyoshi Kurosawa’s To the Ends of the Earth. As Yoko, the “talent” in a reality TV travelogue, Maeda nails the weird, chipper desperation of the form, rolling with the minor insults and humiliations inherent to stunt TV. When the film steps back, following Yoko through long journeys through foreign Uzbekistan, it’s both thrilling and frightening to watch Maeda do something as simple as select snacks from a convenience store, fraught with the knowledge that Yoko will have to communicate with a cashier. Here and elsewhere, Maeda’s darting eyes and little hesitations get at the ambient panic of being stripped of your confidence in a foreign land, unable to conduct the simplest of transactions without assistance. Later, when the film grants her a star moment of tremendous release, the impact is overwhelming and long past due. Gray

Charisma is a word we often apply to those who are compelling but unknowable. In the case of Martin Eden, Luca Marinelli’s magnetic star turn is almost uncomfortably legible. As a young striver sparked to create after an encounter with a beautiful woman, Marinelli makes Eden’s drive toward success at once irresistible and clumsy; the man’s steady descent into autocratic self-regard is so gradual it’s eventually shocking. Subsequent viewings of Pietro Marcello’s Martin Eden reveal that Marinelli carries the seeds of Eden’s decay all along, but that doesn’t make his charisma any less undeniable. Gray

Mads Mikkelsen, Another Round

Throughout Thomas Vinterberg’s Another Round, Mads Mikkelsen doesn’t foreground self-pity or defensiveness, suggesting that his character is too far gone to rouse himself to indignation, hiding under a veil of accommodation. Because he’s driving, Martin initially resists drinking at a dinner with his friends and colleagues early in the film, though he’s talked into changing his mind, and soon he’s downing a shot of vodka and a few glasses of red wine in quick succession. And in one of the greatest, most lived-in performances of his career, Mikkelsen shows us the alcohol taking control of Martin in something like real time, his studious reserve vanishing to reveal great waves of sadness and bitterness, and a need for salvation. Bowen

Elisabeth Moss brings unexpected shades to the flimsiest of roles, and she makes it look so easy. Even if you go into writer-director Leigh Whannell’s The Invisible Man blind, you will know what Adrian Griffin (Oliver Jackson-Cohen) did to his wife, Cecilia Kass (Moss), simply from the way she moves one of his hands from her belly. Across a taut and nerve-wracking opening sequence, Cecilia orchestrates what becomes increasingly clear is an elaborate escape. If it’s easy to overlook the hoariness with which the camera lingers at various points on some object that portends things to come, that’s because Moss never stops conveying the agony of the years-long abuse that Cecilia has endured, through the surreptitiousness of her gait and the way paralyzing bolts of fear shoot through her body. Hers is a performance of spectacular nuance and conviction. Gonzalez

In Regina King’s One Night in Miami, Leslie Odom Jr. invests the iconic Sam Cooke with joyous and melancholic swing. As Cooke is indicted over the course of a long and fictional night by Malcolm X (Kingsley Ben-Adir) for staying neutral in the civil rights movement, a less imaginative film or performance might’ve steered the audience’s hindsight sympathy toward the former party. Odom, though, refuses to turn Cooke into an easily dismissed sell-out, playing him instead as an artist who takes understandable pride in turning white-dominated capitalism to his advantage. Odom gives Cooke’s lines a musical lift, suggesting the singer’s intoxication with his art, and imbues them with swelling tides of anger and self-loathing as Malcolm X continues to home in on his guilt and insecurity. Odom captures the imprisonment, familiar to people of color, of being expected to be more than merely yourself, but rather a symbol. Bowen

In French Exit’s first act, director Azazel Jacobs and screenwriter Patrick DeWiit, adapting his own novel, come as close to capturing the tone of the screwball comedy as any modern filmmaker has, understanding that the genre is driven by an oxymoronic kind of sentimental amorality. Michelle Pfeiffer’s Frances is a haughty, aging socialite who speaks with a deliciously barbed tongue, wearing her snobbishness and obvious loneliness and misery as badges of honor. She’s a kook in the mold of a Preston Sturges character, with a dash of Charles Dickens and John Kennedy Toole, and Pfeiffer, all fire and steel, delivers her bon mots with a fine-edged precision that’s likeable for its commitment to unlikability. Bowen

Black Bear’s emotional intensity is inseparable from its parlor game-like self-consciousness, especially when the “cool girl” demeanor of Aubrey Plaza’s Allison is unexpectedly demolished. At its halfway mark, the film effectively reboots itself, switching the core identities of its three main characters, with only Christopher Abbott’s Gabe tellingly gaining more power in the process. Suddenly, Allison becomes the vulnerable and rejected party, and Plaza imbues her transformed character with a raw and frenzied anguish. Plaza throws a gauntlet to filmmakers who have typecast her in the past, while writer-director Lawrence Michael Levine plumbs the various forms of subjugation that fuel the creative process. Bowen