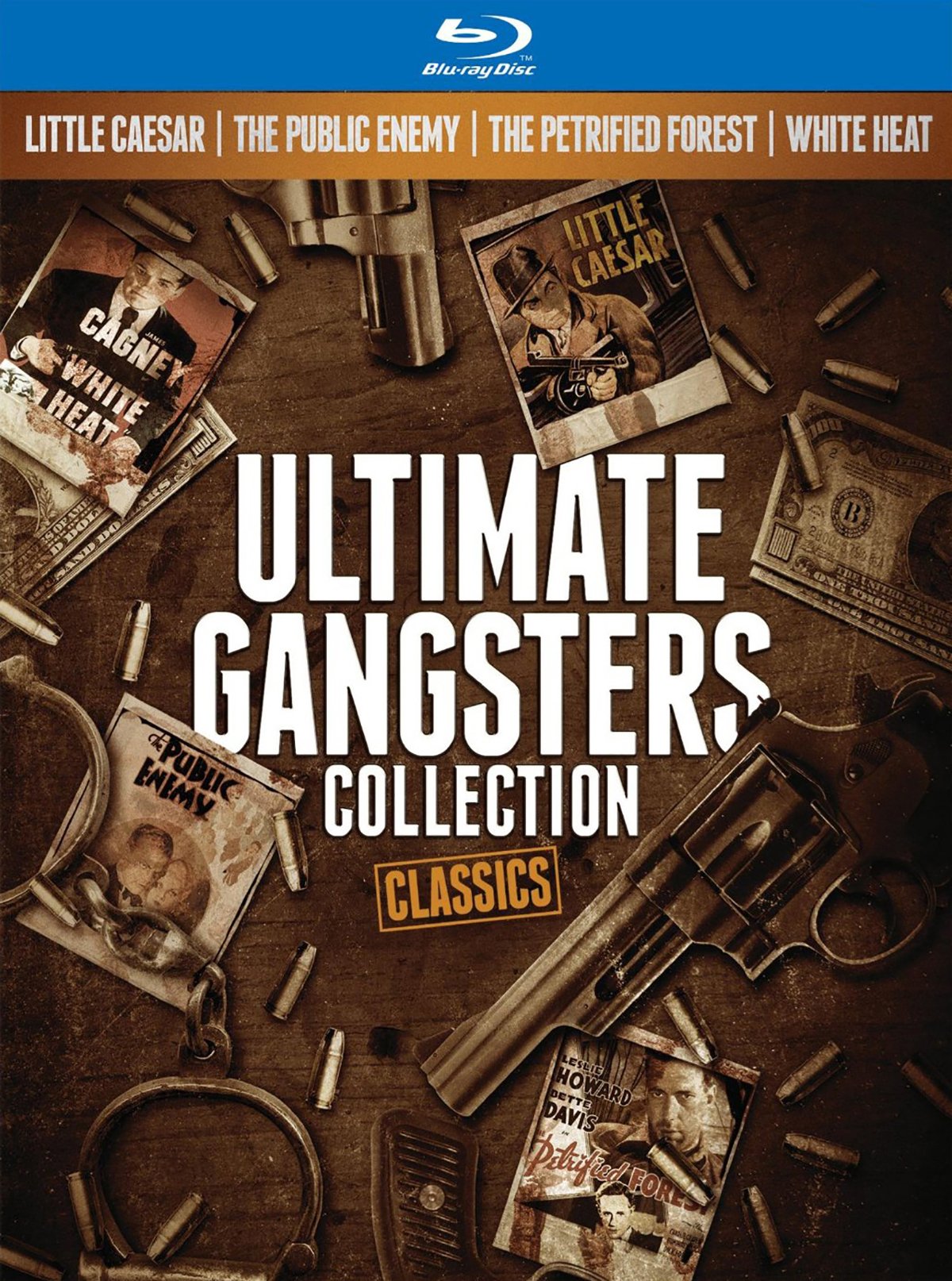 The history of the American cinema is abundant in stories of films that became more interesting, and inadvertently outrageous, out of the intervention of the Production Code, which sought to promote to audiences a conventional sense of right and wrong unencumbered by bothersome qualities such as reality and ambiguity. The gangster film, which grew in prominence in the 1930s and 1940s as a reaction to the sensational news stories of the superstar bootleggers empowered by Prohibition in the 1920s, are a particularly interesting case in point. The films were often all the more volatile for the “morality” they had to pretend they operated within, and so the Production Code was often about as successful as Prohibition itself.

The tropes of the American gangster movie are so firmly embedded in our pop-cultural consciousness, but most important is the mythical narrative trajectory nearly all of them adhere to, with remarkably little variation: the glorious rise and fall of an outlaw hotshot who chafes under society’s various tethers, both outright (the law enforcement) and insidious (the generally rigged capitalist game that keeps the rich at the top and the poor at the bottom). The criminal in these films is often, tellingly, a blue-collar guy born into poverty who tries to beat the game of the white-collar government by changing the rules.

So, it’s logical that the gangster film, the ultimate tale of the do-it-yourselfer, resurfaces at times of great proletariat frustration: the Depression, the Vietnam War, and the present (the gangster film is back in a somewhat altered form; see, in the last few months alone, Spring Breakers, Pain & Gain, and, probably, The Bling Ring). Which is to say that the Ultimate Gangsters Collection: Classics is nothing if not well timed. The four Warner Bros. films contained in the set, Little Caesar, The Public Enemy, The Petrified Forest, and White Heat, have weathered the subsequent decades with differing degrees of success, but all of them still have the ability to potently speak to film lovers of varying ages.

Little Caesar is the pokiest of these films, but it hardly matters considering the boldness of Edward G. Robinson’s legendary titular performance, which would inspire many subsequent gangster antiheroes. Mervyn LeRoy’s static, listless direction and the dull supporting performances almost work bizarrely in the film’s favor—emphasizing, all that much more, the power of Robinson’s tyrant pissant, who arises as a full, broken, human being with a remarkably nasty case of the little man’s syndrome.

The Petrified Forest is the weirdest (and weakest) of the lot—less a full-blown gangster movie than a ludicrous fantasy of a woman liberated from her stifling small-time existence by a dreamy stranger. The film’s first half, primarily a duet between Leslie Howard and Bette Davis in a desert café, is embarrassingly flowery tripe, but Humphrey Bogart’s commanding, understated performance as a killer on the lam eventually enlivens things. Commendably unsentimental in regard to the populace’s fixation on killers, the film reveals the other inhabitants of this sad café to be far creepier than Bogart’s tormented near-phantom.

But The Public Enemy and White Heat, both understandably famous for their central James Cagney performances, are the must-haves in this set. Cagney, perhaps even more so than Robinson or Bogart, completely obliterates any conventional notions of good and evil with the sheer force and conviction of his presence. Like Tony Soprano many decades later, Cagney’s gangsters are sympathetic for their contemptuous refusal to court sympathy. Tom Powers and, especially, Cody Jarrett, respectively, are two of cinema’s most terrifying embodiments of the perversions of the American dream.

Released in 1949, White Heat also clearly benefits from the distance it has from the other films in the set, which were released in the early-to-middle 1930s. The masterpiece of the collection, as well as one of the great American films of the 1940s, White Heat illustrates the ambivalence toward middle-class life that was creeping into American cinema at the time, an ambivalence that was unintentionally emphasized by the Production Code. Jarrett, regardless of his actions, is recognizably human because Cagney is afforded the space to create a vivid portrait of his various manias, disappointments and paranoia that transcends the script’s often pat explanations of him. The cops, on the other hand, are bureaucratic automatons who appear to be less interested in justice than in unquestioningly restoring order as defined by The Man. Their flaws, the wrinkles of their behavior, their humanity, have been omitted because they must be shown in a “good light” (the stereotype of the cop as a smug cipher would be, wrenchingly, corrected years later in Brian De Palma’s The Untouchables). The Production Code, in other words, was helping to write a story of their own oppressiveness, an irony that only affirms the freeing, morally murky, power of the gangster fantasy.

Unsurprisingly, A/V quality is highly variable, with Little Caesar faring the worst and White Heat the best. Little Caesar and The Public Enemy both have images with various scratches and blemishes including, it appears, the occasional frame skippage. Dialogue is sometimes difficult to discern, and hissing sometimes remains. But, for the most part, these films still look and sound significantly better than their DVD counterparts, and are generally audible and well detailed with appropriate grain levels. The Petrified Forest and White Heat look and sound fabulous, boasting terrific clarity and dimension as well as superbly balanced audio tracks. As a set, there’s room for improvement, but this is probably as good a presentation of these films as available at the present time, considering film-print availability.

An abundance of supplements that should please both the critic and the fan. The audio commentaries tend to be dry, but offer a rounded portrait of production anecdotes as well as the social context that informed the making of each film. The audience’s love of a bad boy, the documentary verisimilitude, problems with censors, the varying ways these films influenced future directors—it’s all in here somewhere. Warner Bros. has also included the Leonard Maltin Night at the Movies specials that simulate for a contemporary audience member the experience of watching these films in the 1930s and 1940s by including period-specific shorts and cartoons in addition to trailers that might’ve played before the feature presentation. Also in this set, impressively, are a number of the classic Looney Tunes gangster parodies as well as some of the disclaimers that hilariously insisted that the gangster films are meant to spark audience awareness of the social blight of crime above all else. Hours of extras, and they repeat one another often, but most of it is very enjoyable. The best feature for fans looking for a one-stop shop is the documentary Public Enemies: The Golden Age of the Gangster Film. The package could use more of filmmaker and famed gangster fanboy Martin Scorsese, but that’s not really fair, as every Blu-ray could use more Martin Scorsese.

Four genre-defining gangster touchstones, each featuring an iconic performance, get a solid image and sound touch-up as well as oodles of extras. Maybe not quite top of the world, but pretty damn fine all the same.