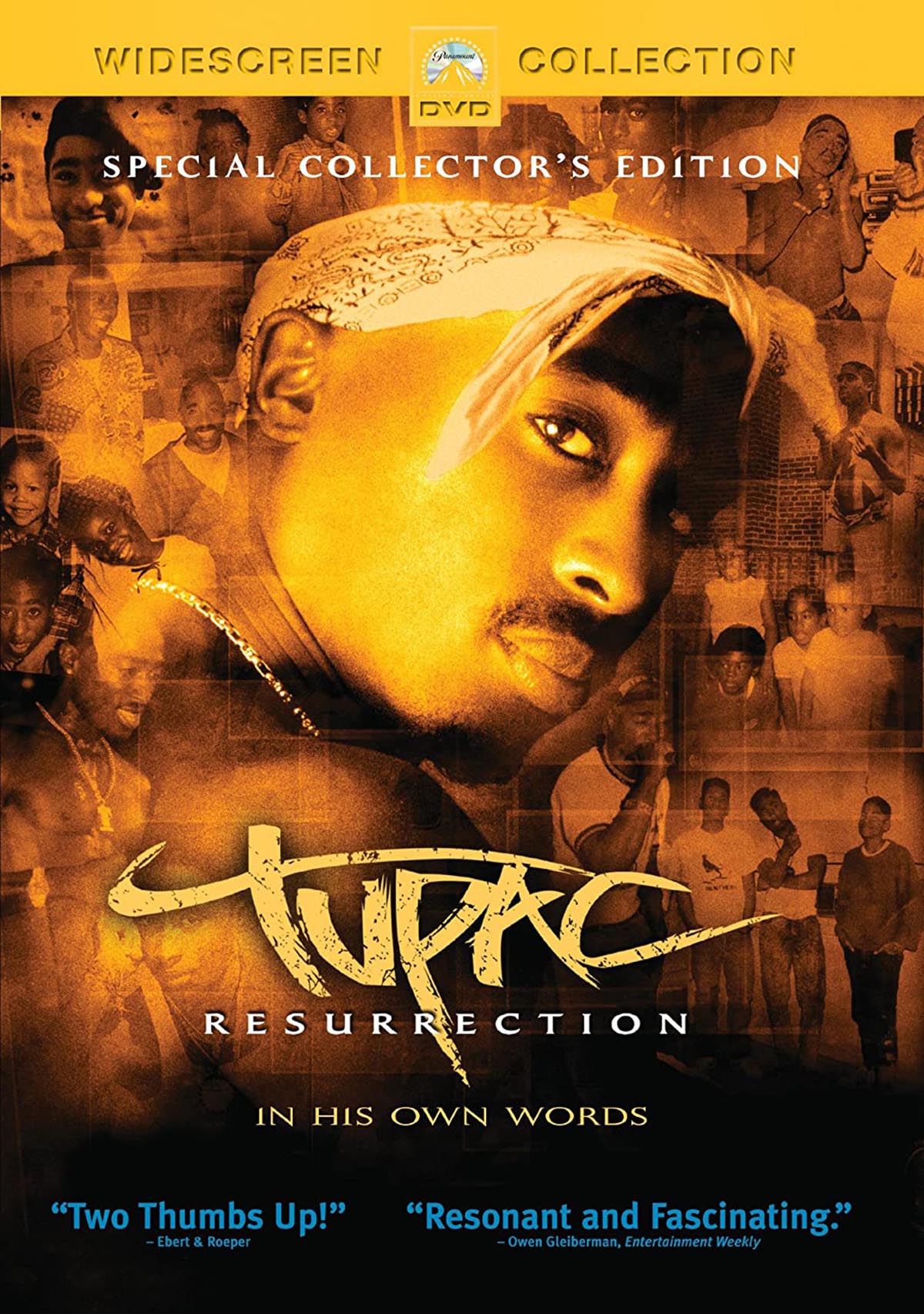 It’d be easy to write off Paramount’s Tupac: Resurrection as a cheap publicity stunt. Produced by Viacom sister company MTV, this multimedia doc is directed by a “Cribs” executive producer and features Tupac Shakur sharing his views on life, love, race, and everything in between, with Tabitha Soren. But when C. DeLores Tucker and numerous right-wing nuts condemned the late rapper for celebrating violence and objectifying women in the mid-‘90s, who were the ones that repeatedly offered him a platform for rebuttal? No doubt offered free rein inside the MTV vaults, director Lauren Lazin collects archival footage, photographs, unaired interviews, and press clippings of the late rapper and pieces the madness of his life using endless audio-visual tics and narration that’s “in his own words.” Lazin and her editors have essentially made Tupac’s life as accessible as possible for the so-called MTV generation, but that’s not necessarily a bad thing if it reconnects a Tupac fan with his or her lost messiah. The film’s MTV aesthetic is noisy and the interactivity buried beneath all the blinking fonts, historical cutouts, and moving graphics is strenuous. It’s an affecting work, but its power is deceptive. Though it’s not as daring as Nick Broomfield’s Biggie & Tupac, Resurrection is still a testament to Tupac’s ever-evolving legacy as one of black culture’s most powerful and invigorating rebel poets. But not unlike a Tupac album, this is a work that’s better enjoyed with your eyes closed. Lazin’s images don’t illuminate social orders, stereotypes, or gross injustices. Tupac’s words do all the work for her—she’s just there to shuffle the cards. Lazin’s use of montage is jokey, but it’s the words of the fallible but undeniably wise Tupac that really sting.

Considering the amount of archive footage used throughout Tupac: Resurrection, this is a really handsome transfer. Jon Elise’s MTV-grade cinematography, though afflicted with the occasional flecks (perhaps intentional), is gorgeous to look at. Blacks are deep and there’s no evidence of edge enhancement or shimmering effects. The older footage is in excellent condition and has been seamlessly blended into the newer material. The Dolby Digital 5.1 surround track is arguably superior. No matter how old the footage, dialogue is crystal clear, and the actual soundtrack of songs is explosive.

First up is an excellent commentary track by Tupac’s mother, Afeni Shakur, director Lauren Lazin, and a series of surprise guests that include Treach of Naughty by Nature and Snoop Dogg. Lazin sounds as if she scripted her commentary, but she loosens up over time-both she and Shakur go to great lengths to explain (not necessarily justify) Tupac’s very spiritual involvement in the project, from the choice of songs to the inventive sound editing. Next up are four deleted scenes (the best of which features Tupac sweating MTV’s Tabitha Soren), two rare interviews with the rapper, Tupac’s powerful appearance at the Malcolm X Grassroots Movement banquet, a deposition the musician made on 6/28/95 (his music was blamed for the death of a police officer by the man’s family), and music videos for “Trapped” and “Brenda’s Got a Baby.” Additionally, Eminem and 50 Cent discuss their favorite Tupac songs on “About the Resurrection Soundtrack” and numerous artists (Marlon Wayans, Mary J. Blige, Jada Pinkett Smith, and others) talk about the rapper’s legacy and remember where they were at the time of his death on the appropriately titled “Remembering Tupac.” Rounding out the disc is an interview with Tupac’s stepfather Mutulu Shakur, Afeni Shakur discussing her struggles to protect her son’s music, a small featurette on the Tupac Amaru Shakur Center for the Arts, and trailers for Tupac: Resurrection (and TV spot), Sky Captain and the World of Tomorrow, The SpongeBob SquarePants Movie, The Fighting Temptations, Timeline, and Paycheck.

Jam-packed with extras, this Tupac: Resurrection DVD is further proof that the slain rapper isn’t going away anytime soon.