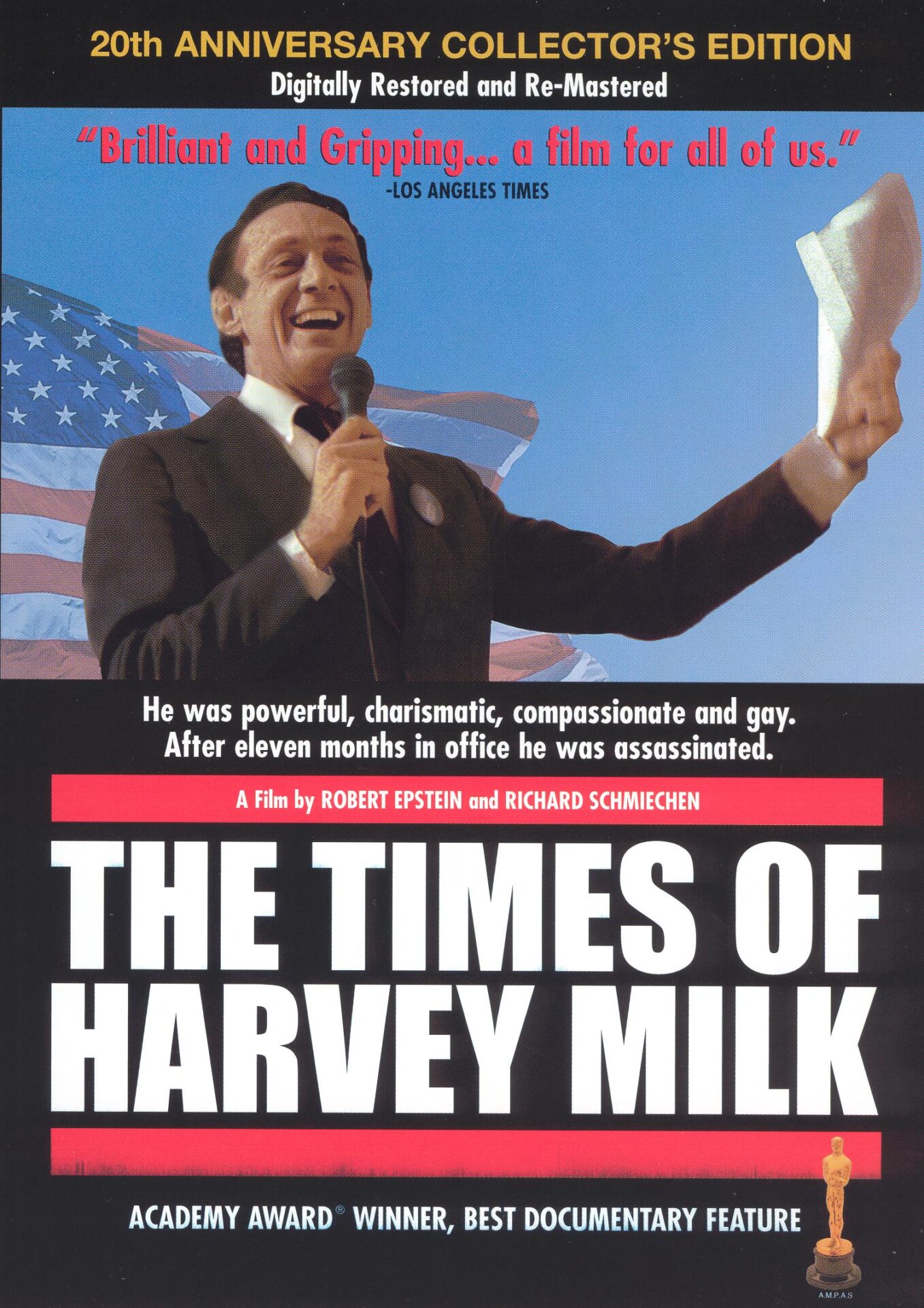 There’s a lesbian politician in the recent PBS documentary After Stonewall who talks about how she was approached by a constituent who exclaimed, “I hate all politicians. I think they’re all liars and can’t trust one of them, except for you.” When the politician asked why he considers her the exception, he referred to her openness about her sexuality and explained, “You’ve already told us the worst thing about yourself. Why would you lie about anything else?” The inevitability that public officials of non-heterosexual orientations will invariably find their sexuality morphing into a political statement beyond their control is reflected in Rob Epstein’s seminal 1984 queer documentary The Times of Harvey Milk. As portrayed in the film, Milk was a self-made politician—a camera store owner who, with absolutely no experience in the world of government, ran a grassroots campaign to become the first gay city supervisor in San Francisco.

It is a story that practically tells itself: gay politician rises to great popularity in the world’s quintessentially gay metropolis, unpopular straight-laced politician (also, like Milk, self-made) struggles to join the burgeoning conservative movement but is stymied by his city’s liberal stranglehold, straight politician murders gay politician and mayor George Moscone in a fit of rage, city mourns, straight politician is sentenced to manslaughter (the pathetic sentence: as low as four years in prison), cue city riots. And with the variety of interview subjects that cover the necessary bases of emotional (the eggshell tremulousness of Tom Ammiano), intelligent (the serene Sally M. Gearhart), and surprising (Jim Elliot, a union leader who admits before he met Milk, he had no moral objection to the police’s practice of rolling fags from gay bars), not to mention powerful news footage of the events (Dianne Feinstein recoiling from the microphone after announcing the assassinations to a shocked paparazzi), it would’ve been pretty hard to trip this documentary up. Everything falls dutifully into place, topped off with an expressive early Mark Isham score that might have veered into maudlin territory if it weren’t smartly performed on muted, icy new wave synthesizers.

But Epstein’s grandest coup, and what elevates Harvey Milk beyond being a stunning, emotional docudrama and into the realm of elegant social activism, is in the subtle parallels he draws between the Milk-White dichotomy and the concurrent, controversial battle over Proposition 6, which would grant California public schools permission to fire openly gay teachers. The coalescing Moral Majority brigade (which would form the first significant American movement in backlash against the gay community’s gains since Stonewall) were putting all their chips on a wager that the American public’s tolerance would only go so far, and the line in the sand: “the children.” It was a bet that was paying off in elections across the country in the late ’70s (to a musical accompaniment from Anita Bryant).

If their argument was that children’s pre-sexuality is malleable and in jeopardy of being corrupted by “subversive influences,” Epstein effectively pokes a hole in the logic by suggesting that White’s fragile psychological state (one crucial detail in White’s case history that occurred following the film’s production was his suicide in 1985) is as much a product of the inadequate social upbringing that set him up to believe in a world where heterosexuals triumphed over homosexuals. When Harvey Milk emerged as a popular (and cunning) politician who was capable of beating White at his own game, White’s petulance and irrationality seemed to finger him as a man reverting to a state of mental adolescence, reaching a climax with black-and-white video footage of White going ballistic in the council chambers and batting his microphone away in indignation.

Epstein’s strategy pays off in the decision to allow White’s teary courtroom breakdown, the one many feel let him off with the legal equivalent of a slap on the wrist, play out for a veritable eternity, even daring viewers to identify with his inner torment. (White’s legal team’s infamous “Twinkie defense” seems like the ultimate substantiation of this sort of developmental stuntedness, and the fact that homosexuality had only recently been removed from psychological classifications for mental illnesses is the sick punchline.) It’s precisely this sort of benevolence to White, perhaps unwarranted in the eyes of Harvey Milk’s target audience, that turns a story of predestination (Milk actually recorded his thoughts to be broadcast in the event of his assassination) into a demand for unqualified social openness—specifically, mandated public education—about the realities of sexual diversity. Without it, White was left without any sense of moral bearing and, yes, could conceivably not be held accountable for his actions. This concept gives greater gravity to Milk’s own vigorous exhortations for all homosexuals to “come out of the closet! You must!” It’s one thing for a documentary to claim a person great, it’s something else entirely to convince the audience they have an active role in fulfilling his legacy.

Touted on the cover as being digitally restored and remastered, New Yorker Video’s 20th anniversary edition of The Times of Harvey Milk looks, well, a tad flat. This is undoubtedly a condition that rests on the shoulders of the source material (and, indeed, the transfer is mercifully unmarked with the PAL-to-NTSC jaggedness that has shown up in a number of the studio’s discs). In short, this is a documentary made in the Reagan years about an incident in Carter’s America that looks like it’s from the days of LBJ. The mono sound is serviceable, if a bit quiet.

New Yorker really pulls it together for the extra features on this double-disc set. First is a commentary with director Epstein, editor Deborah Hoffman, and Daniel Nicoletta, who worked in Milk’s camera store and contributed photos for the film. The three provide a solid look at the background of the making of the film (as well as a few chilling details of who else Dan White intended to take out on that fateful day), which makes the choice to focus the second disc of extras largely around the events rather than the film an inspired decision. There are clips from the recent press conference (on the occasion of the 25th anniversary of the assassinations) that are basically nearly two hours or roundtable discussions, including an extraordinarily lengthy (45 minutes!) discussion of the Dan White case. Also included are clips of Moscone’s son Chris, Milk’s nephew Stuart, and the candlelight memorial/rally on the Castro. For those more interested in the film than the event, there are a few outtakes (including the less “poetic” alternate ending) and clips of Epstein and producer Richard Schmiechen accepting accolades at the SF premiere at the Castro Theatre and having their names read by Kathleen Turner as they win the 1984 Academy Award for Best Documentary Feature. Perhaps most haunting of all is the update on the events of Dan White following the film’s premiere, which doesn’t last too long.

A historical document that turns its subject matter into a clear plea for civic activism, The Times of Harvey Milk is a model documentary.

Review: Rob Epstein and Jeffrey Friedman’s Linda Ronstadt: The Sound of My Voice