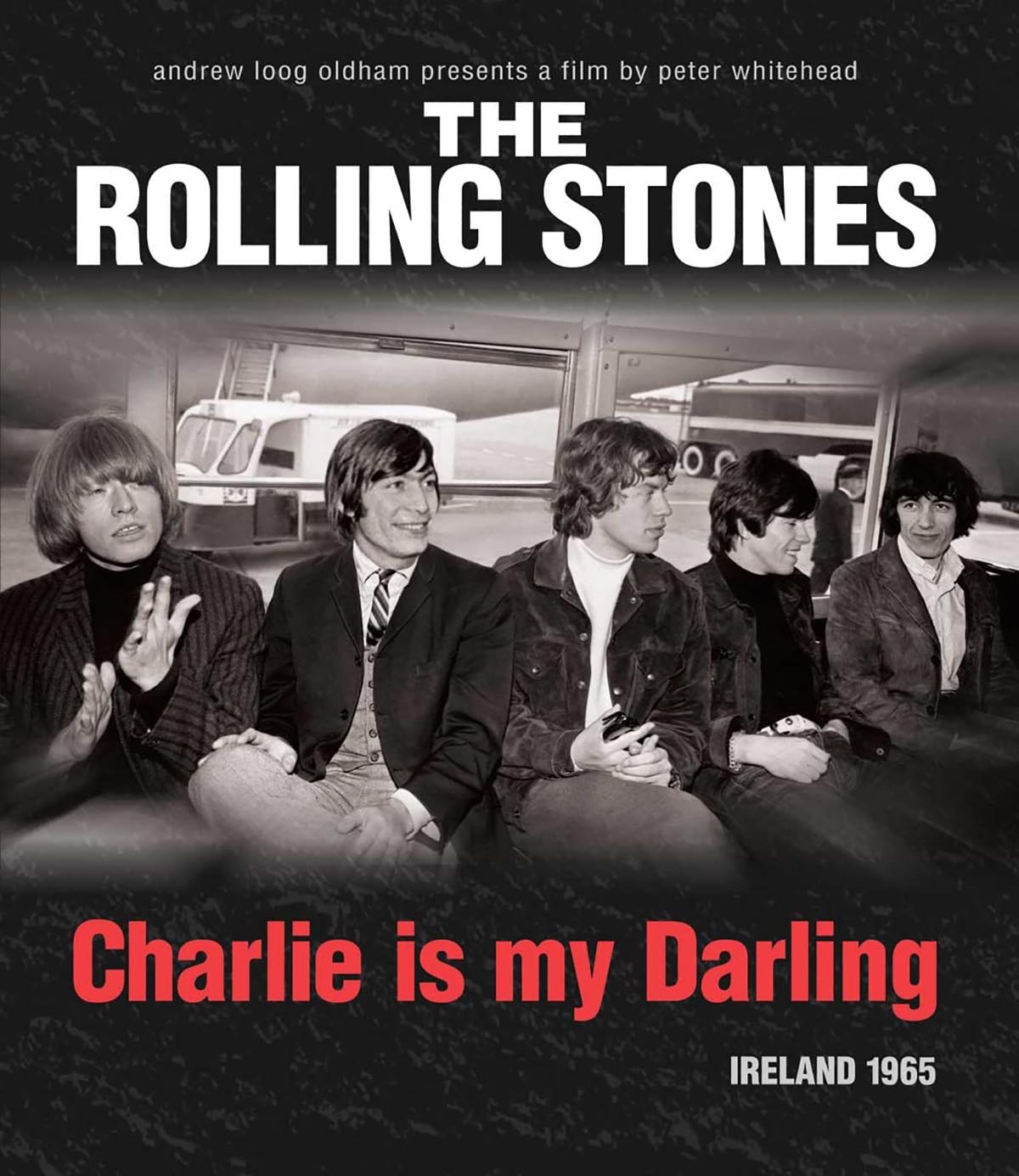 Thereâ€™s inevitable brashness and a well-intentioned pomposity to the members of the Rolling Stones throughout Charlie Is My Darling, Mick Gochanourâ€™s thrilling document of the Stonesâ€™ tour dates in Ireland directly following the meteoric success of â€ś(I Canâ€™t Get No) Satisfactionâ€ť on the singles chart, but the naĂŻvetĂ© exhibited links directly to their prophetic ability to entertain and create. At one point, not all that long into the fleet 65-minute feature, Mick Jagger, 22 years young but already an electrifying stage presence, takes to task a sect of pop musicians who romanticize symbols of fettered normality (holding hands, long romances, kisses in the rain, etc.). The largely unspoken targets of these feelings are the Beatles, but as Gochanour and DP/editor Peter Whitehead reveal, the Stones are, of course, just as guilty of cultivating a romanticized ideal, one of cheap sex, hot blood, and furious desire rather than delicate kisses, last dances, broken dates, and stolen glances.

A great deal of the film is made up of interviews with fans waiting outside of venues, and itâ€™s telling that an early montage has a group of females struggling to put into words what they find so interesting in each member of the Stones. Thereâ€™s a slight sense of magic, that undeniable euphoria of being enthralled by live musicians plying their craft, but the more potent feeling is that of sex, repressed by giggles, stutters, and the all-popular â€śI donâ€™t knowâ€ť and a smirk. Jagger takes a good amount of time discussing the importance of performance in their stage show, making certain to separate himself from the public persona heâ€™s created and popularized. Jagger, magnetic at any age, here makes it impossible to tell if itâ€™s a clever ploy or genuine ignorance when he states that sex has very little to do with his stage performances.

In part, whatâ€™s most fascinating about Charlie Is My Darling is watching how the stage personas are beginning to get formed, even as we witness how effortlessly their talent for music takes shape in backstage jam sessions. Still, the widely accepted personas these members exuded (and largely still do) are seen here in late embryonic stage: Watts being the charming shy gentleman, Jagger the cocky, strutting playboy, Richards the wild, mysterious loner, Wyman the smart rambler, and Jones the perpetual outsider. And the filmmakers make Jonesâ€™s tragic self-imposed alienation particularly clear, as heâ€™s the member whoâ€™s most vocal about not letting the fame get to him or turn him into someone else. Indeed, he would be kicked out of the band and die of drug-related drowning within four years of finishing the concerts documented here.

Oddly enough, the film was meant as a sort of preliminary promotional project, made to ensure the band members would be used to cameras when television and film came knocking. On that note, itâ€™s a failure: When it comes to public personas, one doesnâ€™t necessarily want the audience to see how the proverbial sausages are made. The filmâ€™s strength and merciless fascination comes from watching them adopt these habits of dealing with their impending fame and deity-like powers to excite and entertain, even as they expound about their strong hold on reality and their real selves. Their immense creative energy is consistently palpable, but it comes through most strongly when theyâ€™re on stage, burning through â€śThe Last Timeâ€ť or â€ś(I Canâ€™t Get No) Satisfaction.â€ť Itâ€™s as rousing as it is intimate, witnessing a brilliant bandâ€™s ascent into greatness, seeing them beginning to at once publicly sever and privately merge themselves with the people who come out under the bright lights.

ABKCO has taken great care with Charlie Is My Darling, and it shows most prominently in the video transfer. The black-and-white footage is here presented with startling clarity. Textures of clothing, backstage bric-a-brac, and the faces of fans and band members look excellent, and thereâ€™s a healthy level of grain over the entire feature. If there are some soft-shot moments, theyâ€™re ultimately easy to ignore, and the black levels are good and inky throughout. The sound is nearly as impressive, keeping the bandsâ€™ backstage ruminations and jokes as clear out front as their hit songs when theyâ€™re on stage. Wild sound is presented and balanced nicely in the mix as well. Itâ€™s a dazzling restoration.

Thereâ€™s a short featurette about the restoration process, which is just interesting enough not to turn off, and pointless clips from interviews with the band members, some of which are featured in the film anyway. The only strong extra is the addition of both the directorsâ€™ cut of the film and the producersâ€™ cut, which essentially assemble the same story but choose different sections of footage, occasionally, to tell it. Overall, itâ€™s a weak extras section.

Charlie Is My Darling is a thrilling portrait of the band as young musicians, and while the Blu-ray boasts an excellent A/V transfer, the extras are, um, less than satisfactory.