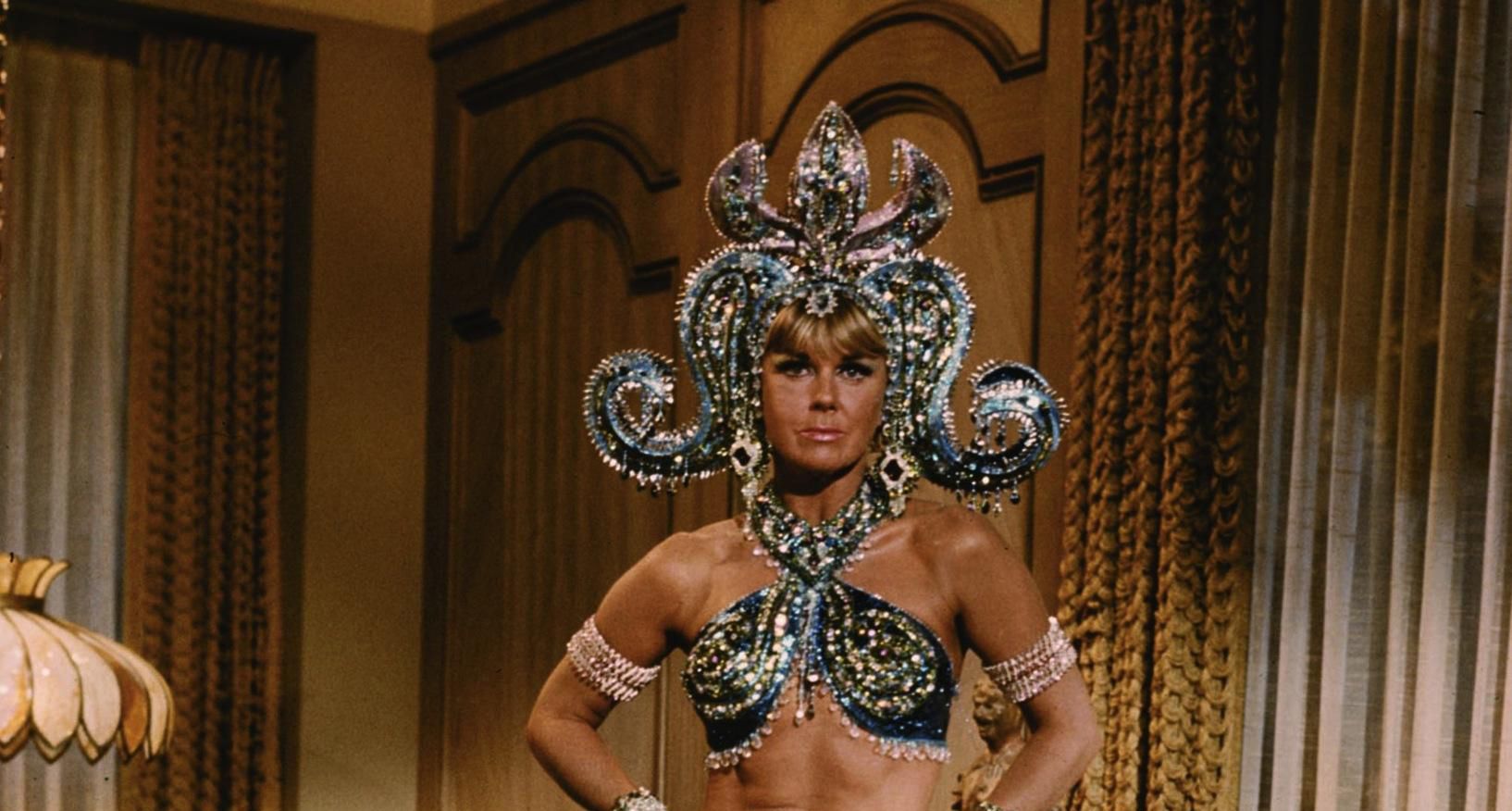 Only Looney Tunes madman (and Weehawken native) Frank Tashlin could direct a film whose pre-credit sequence involves Doris Day’s bare snatch peeking up at Rod Taylor (who has miraculously snagged her mermaid swimming trunk on his, err, fishing pole) from beneath the Catalina waters. And furthermore, only a director as brazenly irreverent as Tashlin could still fashion a few hours of romantic entanglements and misunderstandings to keep his “battle of the sexes” Jacuzzi bubbling even following the brazen sexual overtones of said opening sequence. Any other director, more grounded by undue reverence to the anti-chemistry between Taylor and Day (playing, as it turns out, a NASA scientist with the secret to overcoming weightlessness in outer space and his clumsy “biographer,” respectively), would likely overcook Everett Freeman’s exposition-heavy script like Day’s banana crème cake, which is fried to a rock in Taylor’s space-age nuclear kitchen. But Tashlin, who spent at least a few years coming up with ways to put Bugs Bunny into form-fitting, tit-hugging cashmere sweater tops, turns Freeman’s central parallel—the war between man and woman against the war between the domestic and Communist spy networks—into just the sort of half-cocked farce the scenario deserves. The result eventually flails airlessly, not unlike Day herself when she’s mistakenly locked inside Taylor’s anti-gravity prototype. In order to handicap the skewed teams in the gender showdown, Tashlin distracts Our Blond Ambassador with a few cute musical numbers (including the title track, an irritating riff on “Hush Little Baby, Don’t You Cry”) and sneaks in an entire cadre of hetero-abnormative character actors. On the distaff side is Alice Pearce (Gladys Kravitz from TV’s Bewitched), with the exact opposite of “bedroom eyes,” and Dee J. Thompson as a transvestite-angular receptionist. Speaking of transvestites, the male side of the film’s bit players includes no less than Paul Lynde as bumbling government snoop Homer Sexual…um, I mean, Homer Cripps, who shows up late in the proceedings wearing what would appear to be Ethel Merman’s society debut gown. Why? To infiltrate the ladies’ room, of course. Dom De Luise feverishly takes dirty pictures of Rod Taylor’s love notes, Robert Vaughn shows up for two seconds to give Lynde a once over with his wolf eyes, and Dick Martin, who could’ve turned a confessional booth into a bachelor pad simply with his presence, finds himself in “The Red Room,” ready to bed down a visiting Army General. Probably the most remarkable coup of Tashlin’s romp is that, amid all the insane sex-role white noise careening around Day, the dependably frigid actress (and her swinish, outraged “ooh!“s) suddenly emerges by film’s end as a believable feminine erotic force. At least on a par with Ms. Bugs Bunny.

There are a lot of bold colors in Glass Bottom Boat that would threaten any lesser video transfer with smears and smudges and over-saturation. But only the last of those problems ever seemed evident to my eyes, as well as the compensating de-sharpened focus and very faintly flickering black levels (only really noticeable during fades in and out). Otherwise, it’s an attractive anamorphic presentation of a clean-looking print. The mono audio doesn’t really start carrying its weight until the cartoon sound effects start popping up (I lost it when De Luise ping-ponged his head between two party lanterns), but at the very least none of Day’s wretched songs come through overbearingly.

Warner’s PR was apparently using Renaissance tactics to get people into theaters to see this particular Day vehicle. The back of the box mentions 1966 being “her eighth consecutive year as a Top-10 Box-Office Star,” so it could be that they were trying to pull out all stops to keep the streak going.certainly there were other, sluttier women by that time nipping at her heels for the slot. Anyway, the DVD contains three vintage featurettes schilling Glass Bottom Boat from three different angles, focusing on the trendy Catalina beach location, the Day mystique and, oddly, the NASA laboratory. Even stranger is the inclusion of the quintessential non-Looney Tunes WB cartoon: The Dot and the Line. Notably not directed by Tashlin, the best reason I can come up for attaching Chuck Jones’s short is because it is symbolically about a phallus and a hole (or, if you prefer, a period) breaking free from their homosocial enclaves to pitch woo at each other. Or maybe it was just Day’s favorite cartoon of the era.

I’d like to presume that Lynde is removing lipstick from his teeth, and not Vaughn’s short curlies.