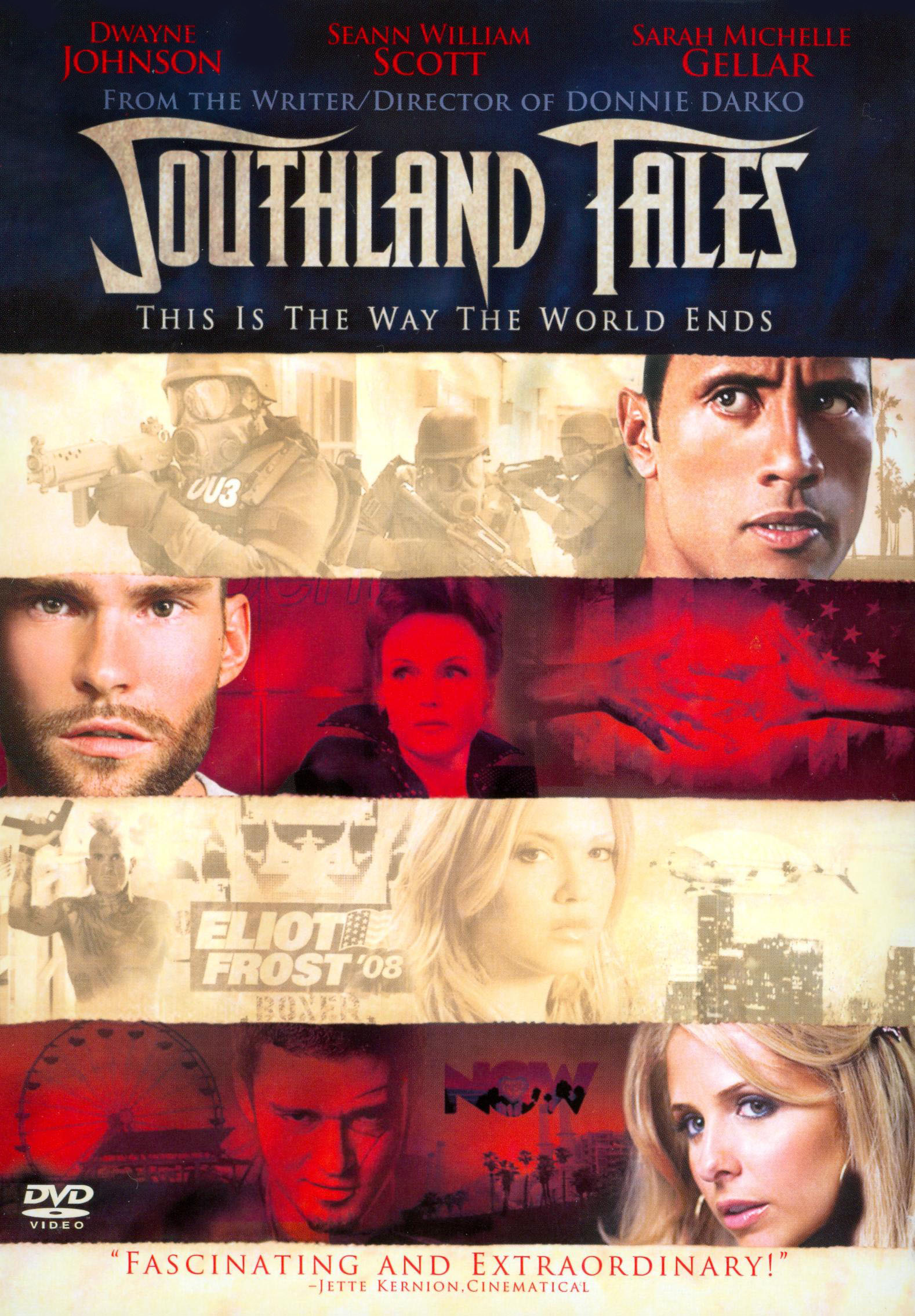 Much ink was spilled about Southland Tales when it premiered, disastrously, at Cannes—last year! Trapped in distribution hell since then, Richard Kelly’s follow-up to Donnie Darko finally arrives on American screens, snipped by 20 minutes, jam-packed with CGI, and appearing starved for breath. Regardless of what it was, Southland Tales is a train wreck, muck trying to pass as an intelligent reaction to America’s current political reality. Not that it isn’t a reaction. This byzantine non sequitur, essentially Donnie Darko without the human interest, is set in the days prior to the third anniversary of a nuclear bomb that exploded in Texas, intersecting the lives of politicos, a Schwarzeneggerian action star, an adult film actress, a hunky officer of the law, and dissenting liberal extremists. It’s Apocalypse Now for the MySpace generation—which is to say, a virtual nightmare.

Kelly’s dystopic vision lacks for affect but not F/X, a curious mix of the familiar and the what-the-fuck: The CGI-reliant news reports that frequently interrupt the movie—parlaying information about the gasoline-replacing product Fluid Karma, state borders being policed against god-knows-who, and a Proposition 69 whose rationale is unexplained—never jibe with the bland Venice Beach setting from which neo-Marxist guerilla cells plan to compromise the ’08 presidential election for reasons that either don’t exist or completely sailed over my head. Not that anything jibes here. Narrated by Justin Timberlake in end-of-days gobbledygook and set to a soundtrack more grave than the conspiratorial nonsense that connects the story’s characters, Southland Tales builds crudely and endlessly to an inane 4th of July blitzkrieg in the sky above Los Angeles, the nexus of a “bisexual nation living in denial” where people are just lame spokespeople for Kelly’s inconsequential philosophy of time travel and the funny but superfluous jokes he’s likely been scribbling on bar napkins since wrapping Donnie Darko.

If Donnie Darko was Kelly’s Eraserhead, then maybe Southland Tales is his Dune, an unfortunate folly before a more substantial, velveteen Blue period. Southland Tales is itself no more Lynchian than a big-bosomed Rebekah Del Rio singing the national anthem during the film’s climax, and nowhere near as clever, irreverent, or purposeful as Mike Judge’s similarly themed Idiocracy. Kelly’s artless upchuck gives us the sight of a hopped-up Timberlake lip-syncing to the Killers’s “All These Things That I’ve Done” amid a roomful of Andrews Sisters clones, John Larroquette being tasered in the balls, and Bai Ling sticking her tongue down Wallace Shawn’s throat. You may feel as if you’ve seen everything by the time the credits roll but gleaned absolutely nothing about the world as it was yesterday, as it is today, or as it will be tomorrow—though you will learn why the action star played by Dwayne “The Rock” Johnson’s does this funny little thing with his hands, then wish you hadn’t for all it matters. Idiocracy’s vision of a 26th-century population’s fascination with a film titled Ass was acerbic, while Southland Tales isn’t even “Dick in a Box”; it’s just ass.

The image is as clean as a whistle and the sound is as shrill as one, something the film’s handful of fans should take as a recommendation.

“USIDent TV: Surveilling the Southland” runs a meaty 30-some-odd minutes and features Richard Kelly describing Southland Tales as an evocation of our divisive political system and one crew member as a reaction to the Patriot Act. Almost as self-serious is “This Is the Way the World Ends,” a crude animated short about how humans became extinct from a bomb as gargantuan as Southland Tales.

Teen horniness is not a crime but Southland Tales is.