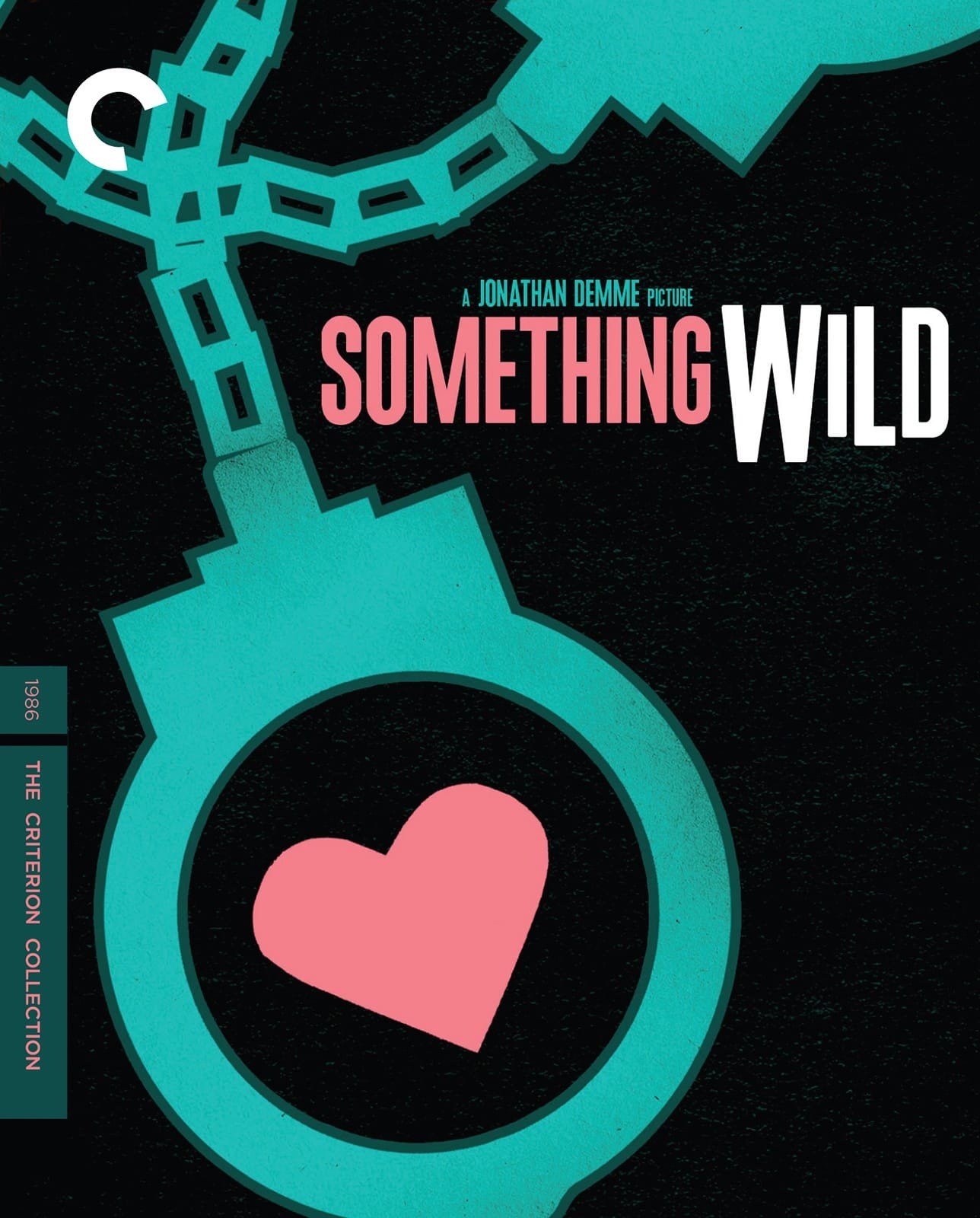 Having been through two tumultuous breakups in as many years, I’ve come to appreciate self-reinvention, however subtle, as a necessary re-contextualization of one’s essence. Experimentation often facilitates the discovery and definition of oneself by the sheer process of elimination. Change a job, change a lover, change a home, change a wardrobe, change a religion, change a vocabulary, change a behavior: Whatever kernel remains, and is revealed to have been passing through these revolving doors, cannot help but be the hitherto immutable self. Both a training ground for the broken and a funhouse for the irrepressibly confident, lifestyle revisions are thus a kind of reflexive analysis. And rather than putting us in touch with parts of ourselves we never knew existed, as is stereotypically said, I’d argue that such transitions more frequently provide healthy reminders of ineffable qualities and values we’ve always possessed.

Most narrative art is “about” emotional metamorphosis that can be abstractly equated with the above concept. Few directors, however, have tackled social and personal shape-shifting as concretely or as intuitively as Jonathan Demme. Throughout his diverse yet unified oeuvre, characters are uncannily aware of what makes them tick, to the point that exposition is occasionally bypassed altogether. Something Wild, one of his best films, stylizes this strength of personality a step further with people who are addicted to reinvention, both as a means of expression and as a method of exposing absurdity. When Lulu (Melanie Griffith) catches go-getter businessman Charles Driggs (Jeff Daniels) skipping out on a lunch check in a Manhattan diner, she’s wearing a straight, black wig and faux-voodoo accoutrements around her neck and wrists; before the movie hits the halfway mark, she’s exchanged this for a cozy, floral sundress and cropped, bleach-blond hair. By the time the film ends, she’s dragged Driggs through at least four iterations of herself, and done it all with a sarcastic smile not for the thrill of the moment, but the depth of possibility at her fingertips.

In the third act, we meet Lulu’s ex-boyfriend, paroled criminal Ray (Ray Liotta), who gleefully remembers robbing convenience stores at gunpoint while wearing a ski mask, only to escape with the loot, ditch his headgear, don a coat, and return to the crime scene moments later unnoticed. There’s an unspoken philosophy shared by these two erstwhile lovers: that only fools and suckers distinguish human beings by traits as superficial as appearance and demeanor. And this, too, is a governing law of Demme’s cadence-oriented universe, a mid-‘80s new-wave wonderland of pale pinks, purples, and blues where clusters of teenage rappers congregate at the periphery of our dramatic focus.

Charles’s straight-man rhythm of resistance and yielding to Lulu’s impulsiveness is what propels the plot, but he naturally turns out to be living the story’s grandest lie—and it’s not, thankfully, a criticism of Middle-American vacuity, but a piece of emotional baggage that helps to align him with Lulu’s self-reconstructivism. A financial executive with a wife, two kids, and a modestly luxurious house on Long Island, Charles can’t help but succumb to Lulu’s sloppy, lipstick-smearing kisses and old-school kink. In an early, lengthy sex scene, she handcuffs him to a motel bed and forces him to phone his boss while she teases him below the belly button; the sequence is neither truly funny nor sexy, yet Demme prolongs it successfully by observing the couple’s unpredictable power dynamic. Lulu pulls Charles out of his comfort zone, exposes his essence and massages its prostate; he responds not with total submission (when they’re both hung over the morning after he forces her to drink some hair of the dog), but with acceptance and an eagerness to learn.

Demme’s early work is characterized by unlikely love stories that face threats from environmental pressure—and, in the case of Melvin and Howard (an all-American bromance if ever there was one), Swing Shift, Something Wild, and Married to the Mob, “unlikely” can also mean “implausible” or downright “fantastical.” Something Wild is hardly the most far-fetched of the bunch, though all the action takes place over a single weekend across multiple East Coast settings: first in New York City, then Pennsylvania, in Lulu’s hometown, where the couple attends her high school reunion, and then inexplicably further south in Virginia, to which Ray escapes after kidnapping Lulu. Throughout these locales, the plot reinvents itself as well, starting as a fish-out-of-water sex comedy, transforming into a quirky relationship drama, and eventually synthesizing into a kind of empowerment myth with a vigilante rescue. And the unifying essence here lies in what Lulu and Charlie have to learn from one another’s hang-ups through each configuration, and in the deliberate, curious pacing Demme achieves.

The smoothness with which Demme pulls us through the movie’s stages, and the gradients that mark their individual boundaries, recalls the nervous melting pot of sound achieved by his earlier subjects Talking Heads—and also the brittle echolalia of the Feelies, who perform in Something Wild. (Demme nearly stops the film on their behalf, lingering the camera on second guitarist Bill Million as he waits his turn to strum a chord far up the neck.) The Feelies aren’t quite minimalists, but they can reduce a song to its essential repetitions and beats; even David Bowie’s “Fame” becomes a kind of rhythmic meditation in their hands. Demme similarly pares down plot and dialogue so he can tell broader stories with enriching, if somewhat superfluous, information at the edges, and his extended scenarios possess an almost mystical patience. (The point of the caressing Demme, or his 2nd unit, gives Manhattan’s cityscape in the opening credits is less about establishing setting than about establishing the character behind the camera; he’s fascinated by environments even when they seem unimportant to the story.)

The queasy violence that eventually wrestles Something Wild to the floor lacks the screwball resonance of the remainder of the film, but the drama admittedly requires a symbolic sacrifice. For all the changes Lulu and Charles undergo, the respective pasts they hope to escape—as a delinquent, as a complacently married man—can never be destroyed concretely. They can, however, be conquered and rewritten, just as the self can, even if one is stuck with the same ink for a lifetime. Something Wild, as with Stop Making Sense, Swimming to Cambodia, and especially Married to the Mob, is finally a romance of the self—an exercise in personal revisionism that is miraculously not masturbatory but humanistic. In the film’s final moments, Charles is relieved to discover, as Sister Carol raps to a reggae cover of “Wild Thing,” that Lulu has tinkered with her identity once again; her flagrant rejection of cosmetic permanence is the source of her cosmic maturity. We could all use—or rather, be used by—a girl like Lulu from time to time.

Shot by occasional Jonathan Demme cinematographer Tak Fujimoto, Something Wild features—to use the director’s words—a “hot house of color” that often provides more information than the dialogue. (The Americana schemes at the high school reunion communicate a rich, brightly burning wholesomeness, just as the eye-popping greens and blues of the various motel rooms imply more boldness than seediness.) The camerawork here is deceptively straightforward (it’s more purely observant than Melvin and Howard’s expressionistic approach), but allows the audience to feel like innocent bystanders caught up in Lulu’s web. Criterion’s 1080p digital transfer doesn’t disappoint; there are a few instances where the film grain appears a bit muddy by their standards, but the depth provided by the additional resolution proves that the movie’s story is perhaps told best by its intrepid use of color. The DTS audio allows one to hear David Byrne, Laurie Anderson, the Feelies, and Sister Carol as the sweltering, confident voices they are.

There’s not much here—only two brief interviews with Demme and screenwriter E. Max Frye. Both are worth watching, however. Frye discusses how the script came to be and the painterly, East Village-bred sensibilities he brought to the project, as well as why the original ending was deemed too violent. Demme analyzes choice frames with fascinating insight, but this mostly makes one wish he’d recorded a full commentary. Also included is a booklet with an essay by David Thomson.

One of the last films from Jonathan Demme’s most fecund period, Something Wild provides a rhythm to which we can revolutionize our private lives.