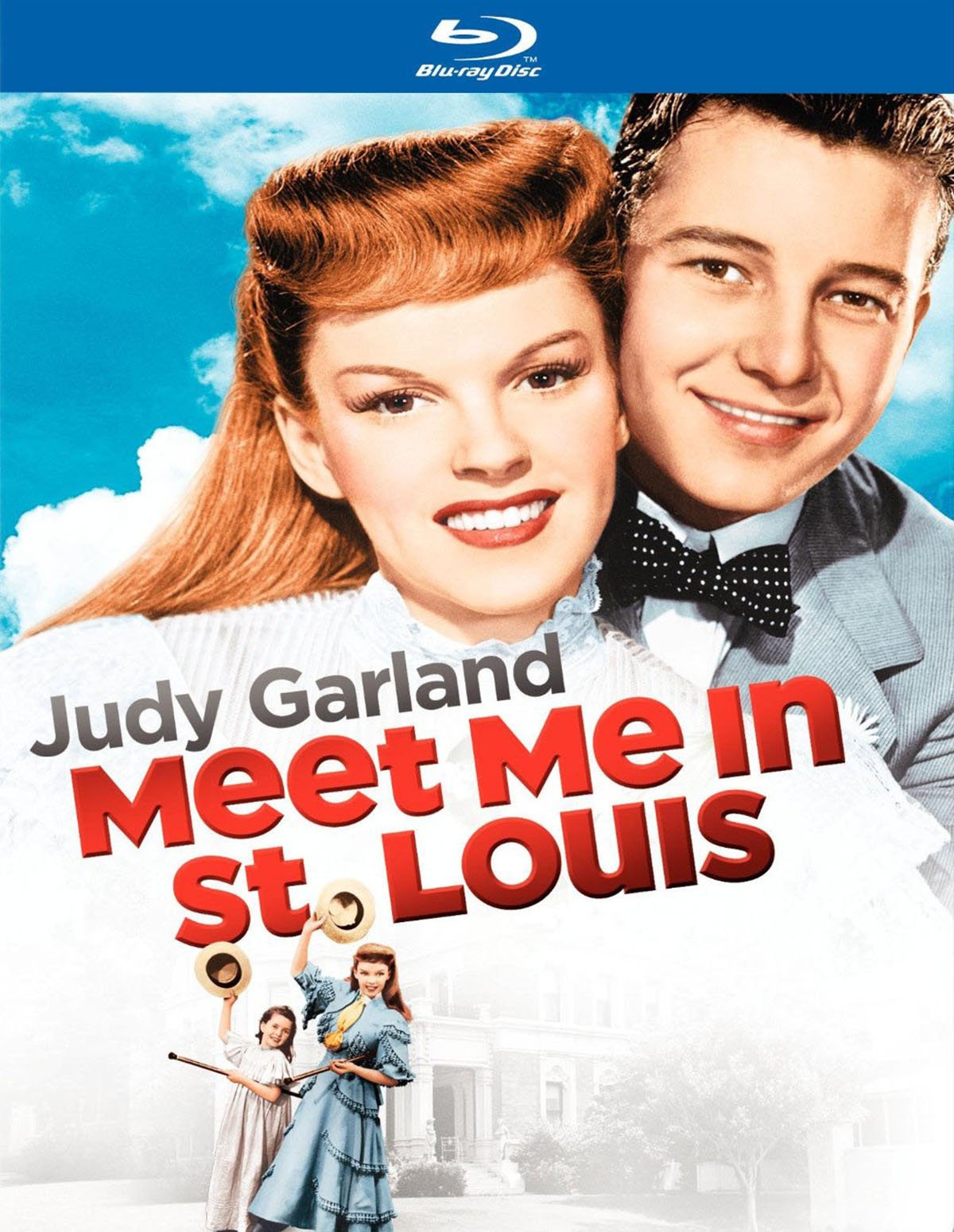 Vincente Minnelli already had two features under his belt when he made Meet Me in St. Louis in 1944, and he’d been directing shows on Broadway since 1935. Like Eric Rohmer, Robert Bresson, and Manoel de Oliveira, he didn’t hit his stride as a filmmaker until his 40s, but also like those masters, he had several decades’ worth of outstanding work ahead of him. Meet Me in St. Louis was the first of three collaborations with Judy Garland (not counting uncredited direction), whom he would marry in 1946. The second of the three, The Clock, may be the masterpiece that makes the fullest use of both of their gifts, but their 1944 musical, often cited as the first major motion picture to weave its production numbers into the script’s “regular life” scenes (as opposed to isolating them either inside a framework of showbiz, or in an alternate dimension of surrealist fantasy), more than deserves its reputation as a Technicolor screen classic.

On the surface, Meet Me in St. Louis represents the apotheosis of the kind of candy-textured, Technicolor Americana we tend to think of first when we consider the “genius” of Hollywood’s system of craftspeople and technicians, led by the guiding hand of a visionary leader—in this case, Arthur Freed. It’s also the happy-go-lucky, sun-glazed doppelgänger to Orson Welles’s The Magnificent Ambersons; Minnelli’s film takes place in the halcyon days of early-20th-century Midwestern America, the kind only glimpsed in passing in Welles’s (and author Booth Tarkington’s) view. On the surface, the only thing of consequence that threatens the family peace is the “we might move away” crisis that subsequently became, for television writers, the warhorse of sitcom templates. In the end, everyone ends up where they ought to be, with those they ought to be with, and the lights go up on the 1904 World’s Fair.

Freed is certainly responsible for a large part of the thing called “Hollywood”—certainly MGM owes him its very soul—by making the feature-length color movie musical a part of the landscape of 20th-century American pop culture. But Minnelli’s richly layered and detailed compositions in Meet Me in St. Louis, which seem to embed (or embalm) the Smith family in fabrics and woodcuts, ends up transmitting what’s important about family unity and young love through physical patterns of impossible complexity. If Minnelli, whose mise-en-scène is truly 3D, couldn’t build a background of intersecting lines, lampshades, curtains, awnings, curtains, tables, doorjambs, and so on, he’d pack the frame to bursting with heads, arms, legs, and torsos, moving in cartwheels and pirouettes.

In its depiction of small-town life, Meet Me in St. Louis fairly hums with dark undercurrents that would surface in two of Minnelli’s later masterpieces, Some Came Running and Home from the Hill; one of the most buoyant scenes in the latter shows the town getting together to do regular upkeep in the cemetery, while, without skipping a happy beat, Minnelli’s camera glides toward the area George Peppard’s lower-class Rafe Copley is cleaning up, which is cleanly segregated from the “good people” graves.

No such class divisions are so much as alluded to in Meet Me in St. Louis, except in the most lyrically childish manner: the pint-sized Tootie (seven-year-old Margaret O’Brien, whose adorable, crackerjack professionalism earned her second billing—and an honorary Oscar) embarks on a solo mission to “kill”—that is, cast flour upon—the town’s most feared, most loathsome grown-ups. What follows is one of the strangest sequences in 1940s American cinema, on par with the avant-garde work of Maya Deren and Kenneth Anger. Tootie and her older sister Agnes (Joan Carroll) conference with the (now feral) tribe of neighborhood kids before getting their assignment, over a large bonfire in the street. Accepting the challenge to “kill” Mr. Braukoff, Tootie sets off alone, the bonfire at her back, afraid but determined. Braukoff’s alleged crimes include killing cats, drinking whiskey, and beating his wife with a red-hot poker. It could be that none of this is true, or it could be that the kids have accepted a distortion of the truth, and that the less-desirable underside of the American paradise can only be processed in a film like this through the eyes of imaginative children. Either way, it’s a sequence that seems to take on an unusual gravity by sheer association. For once, Minnelli’s extraordinary powers of expressionistic design threaten to derail what has up to that point been a harmless confection, and the effect is thrilling and strange.

They don’t get nearly the credit they deserve, but ever since they got serious about releasing their classic films on DVD, Warner Home Video has been giving the Criterion Collection a run for its money. The visual presentation of Meet Me in St. Louis is perfectly judged, with terrific fidelity to grain throughout, and just the right balance of tones to do justice to George J. Folsey’s Oscar-nominated cinematography; you couldn’t mistake this for a Technicolor film of the 1930s, or 1950s, such is the nature of skin tones and the nearly imperceptible tinge of copper-green that would be corrected out by the 1950s and the advent of CinemaScope. The sound is also evenly matched, in a lossless, 5.0 DTS-HD English track, which presents audio effects and speech as cleanly as the music tracks. Considering the fact that the film predates stereophonic sound in theaters, five channels may seem excessive, but the effect is room-filling rather than gimmicky.

In terms of packaging, I’m still not convinced that Warner Home Video’s “book” Blu-rays are in any way preferable to, say, Criterion’s simple, traditional keep cases. They’re unwieldy in size, while the booklets are sewn into the spine of the larger case, making them inconvenient to read. In terms of content, however, fans of the film—and Judy Garland, and musicals, and show tunes—should be ecstatic. This exhaustive set includes the expected commentary tracks and featurettes, carefully punching the ticket of a responsible home-video release, then adds a few cherries on top. Included on the single Blu-ray disc is the 1966 pilot to an aborted TV sitcom (!) remake of the movie, worth viewing for the canned laugh track alone, as well as a Lux Radio broadcast version. There’s also a handful of one-reelers: a stand-alone “Skip to My Lou” musical short whose choreography and setting made it into the 1944 film or less intact, and a 1930 Vitaphone short featuring one of Garland’s earliest screen appearances. (Look for those wide-set eyebrows and laser-focused eyes.) There’s also a compact disc with four of the movie’s most famous songs.

Warner’s cases might create havoc for the fastidious home-video collector who remembers the dark days of clamshell VHS cases, but the production and presentation of Minnelli’s first masterpiece gets everything right that really counts.