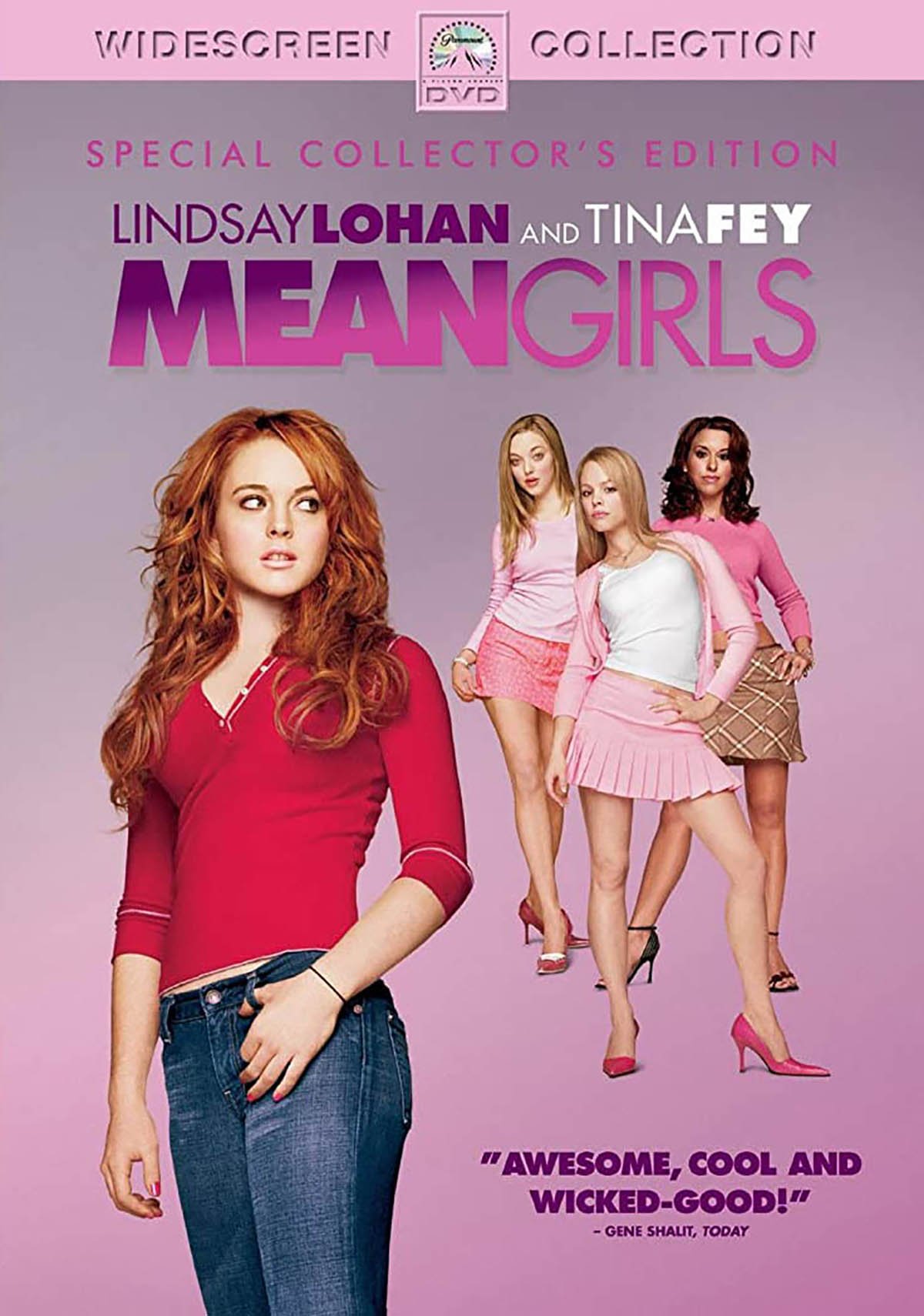 Two short months after Confessions of a Teenage Drama Queen, Lindsay Lohan returns to movie screens to battle another triumvirate of schoolyard bullies in Mean Girls, directed by Mark S. Waters. Adapted by SNL’s Tina Fey from Rosalind Wiseman’s bestseller Queen Bees and Wannabes, the film casts Lohan as Cady Heron, an Eliza Thornberry who’s essentially transplanted from the African bush to suburban Illinois, and observes what happens to the girl in her new ecosystem. And there’s perhaps no one better equipped than Fey to take on this kind of material, considering her gift for comedy and the fact that she’s also a high school survivor with an obvious ax to grind, for better and for worse.

Because Waters’s images are of the uninspired point-and-shoot variety, it’s very easy to consider Fey the auteur of this project. Fey is genuinely concerned with identity politics, and she understands the caste system that exists in most high schools and how they’re formed. She may be bitter, but that bitterness never clouds her good judgment; however funny the spectacle of an unsupervised tween dancing to Kelis’s “Milkshake” or lifting her top to a Girls Gone Wild video may be, even the worst parent in the world should be able to walk away from Mean Girls recognizing how disturbing this running gag is beneath its absurdist surface.

During the film’s outstanding opening sequence, Fey carefully lays out the topography of Cady’s new high school, likening the process with which she chooses a table in the lunchroom to an animal picking a feeding ground. You could say, then, that Mean Girls is positively Darwinian. Indeed, it’s only natural that when Cady cozies up to the titular “plastics” and discovers their carnivorous behavior, it’s all about the survival of the fittest. And throughout the film, Fey uses Cady’s transformation from new kid on the block to shallow Plastic to illuminate the ways vengeance can make a victim into a so-called mean girl.

But perhaps some of that high school insecurity is still eating away at Fey, who has a tendency to undervalue her own intelligence, as well as ours. The film’s final moments are lazy, and the nonstop hit-or-miss gags have a way of distracting from the vicious Cady-versus-Plastics death match; it also doesn’t help that Fey calls too much attention to her animal kingdom metaphor. So while Mean Girls may be slim pickings compared to Heathers and Donnie Darko, it still makes mincemeat out of something like 13 Going on 30.

This is a fetch Mean Girls DVD. Because there’s often too many colors in one shot, some sequences look rough around the edges, but this is a solid video track all-around, the warm browns of Lohan’s home sharply contrasted with the “plastic” aesthetic of the school her character goes to. And if the songs on the Dolby Digital surround track aren’t as pumpin’ as they were in the theater, the dialogue recording is remarkable and truly multidimensional.

First up is a surprisingly lame commentary track by director Mark Waters, writer Tina Fey, and producer Lorne Michaels. The commentary is flat from the start, puttering along with only the occasional behind-the-scenes tidbit (since the studio couldn’t get rights to “Girls Gone Wild,” the video Regina’s sister dances to had to be shot by the production crew). Fey provides some funny anecdotes and observations, at one point comparing Rachel McAdams’s “comedy fat” to her own body, but she sounds bored and tired throughout. Infinitely superior are “Only the Strong Survive,” where Fey really addresses the challenges of having to adapt Rosalind Wiseman’s non-fiction bestseller for the screen, and “The Politics of Girl World,” which allows Wiseman to take center stage and address the film, her books, and the politics of adolescent living. Rounding out the disc is a third featurette on the film’s “plastic fashion,” a blooper reel, a series of deleted scenes, three interstitials, the film’s theatrical trailer, and additional trailers for The SpongeBob Squarepants Movie, Secret Central: Class of ’05, School of Rock, The Perfect Score, and The Prince & Me.

Does anyone else agree with me that Lindsay Lohan is much easier on the eyes and ears than that “fugly skank” Hilary Duff?

DVD Review: George A. Romero’s Dawn of the Dead on Anchor Bay Entertainment