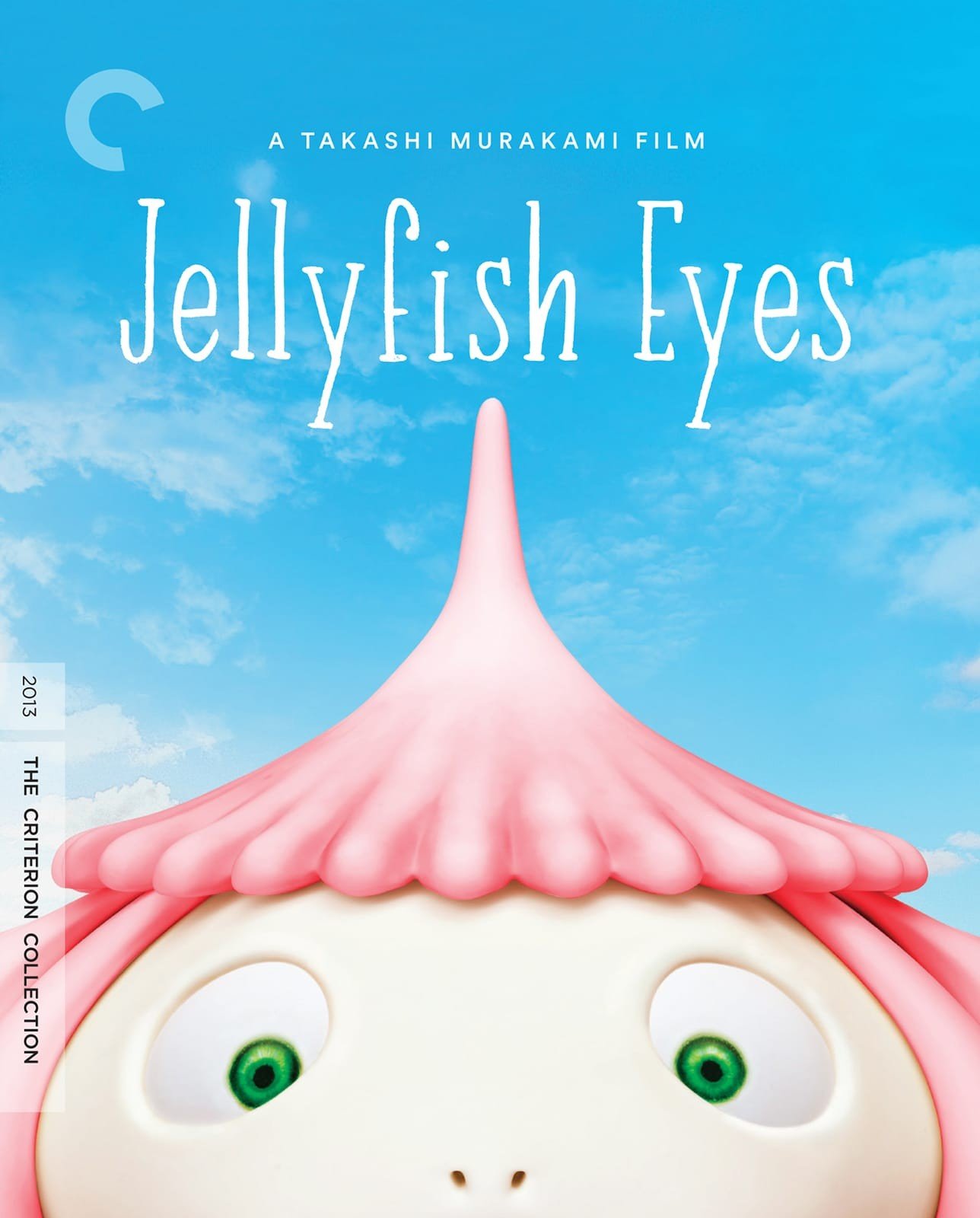 Takashi Murakami’s Jellyfish Eyes is a parable about cellphones and video games as distractions that enable a voluntary, easily manipulated surveillance state. In the film, children are given silver rectangular gadgets that produce fully mobile, four-dimensional animated creatures, which they rely on as bodyguards, cage fighters, and, most poignantly, as sort of corporatized imaginary friends (the latter are even referred to by an acronym, F.R.I.E.N.D.). These devices are dispensed to the children by a shadowy company overseen by a quartet of people who dress in black, full-body armor that suggests Darth Vader without the famous mask, functioning as a combination of scientists, mystics, and mercenary CEOs.

This cult knows the world is coming to an end, for the same reasons that it’s actually endangered: Industrial pollution that’s unchallenged due to the mass population’s pervading indifference to taking uncomfortable action. The world of the film is governed by a singular energy source, and this company uses these elaborate avatars as a way of harnessing children’s angry energy, which can somehow either destroy the world or save it.

The important point is that these creatures represent a co-opting of children’s imagination, which can be bent to serve a larger capitalistic purpose—a remarkable thematic assertion for a film that’s more or less aimed at children itself. It’s hard to watch Jellyfish Eyes and not consider the endless menagerie of Disney and DreamWorks toys that children cart around, particularly in this age of Marvel and the Minions, which condition them to grow into adults who buy the right things, accruing miring debt along the way.

This resonance is all the more eerie for the confident manner in which Murakami, a globally recognized sculptor and painter (he did the cover art for Kanye West’s Graduation), seemingly tosses it off, accepting this state of exploitive affairs as a given. Coating this bitter candy center is an outer shell that follows a familiar E.T.-inspired story of a loner boy in the wake of losing his father who befriends an alien figure that provides him the support he craves from a fractured, reeling family.

Murakami has invested Jellyfish Eyes with the same sort of primal pop-art aesthetic that distinguishes much of his art. The cinematography is often a wonder of shiny fluorescent colors that ironically contrast with the characters’ melancholia, and the F.R.I.E.N.D.s are a triumph of tactile CGI because they’ve been designed to purposefully highlight the medium’s fakeness in a manner that suggests a fusion of conventional animation and stop-motion.

Kurage-bo, for instance, is a charming little floating blob that suggests a gene splice of Toad from Super Mario Bros., Kirby from Kirby’s Dream Land, and the jellyfish of the title. Its innocuous cuteness makes sense, considering that it’s guarding a boy who feels dwarfed and defeated by the world. Kurage-bo represents a scaling down of life to manageable size. Another creature is big and wooly, probably modeled after a shaggy dog that’s standing upright, which also scans as reflective of its charge’s desires: to instill the F.R.I.E.N.D.s with an aura of peacefulness that contradicts their corporate origins.

The film takes a while to get going, shuffling back and forth between a variety of subplots and conceits (Murakami also displays pointedly little love for organized religion), but the filmmaker’s distinct achievement resides in his blending of the cynical and wondrous. Jellyfish Eyes has an exhilaratingly naïve ending in which the playthings are cleansed of their impure origins and restored to the children as pure articles of the latter’s creative process. It’s an ending that smacks of protest via contrast, as Murakami is clearly asking: Why must we live in a world in which this idealism is naïve?

Appropriately for a film directed by artist Takashi Murakami, Jellyfish Eyes suggests pop art sprung into magical motion, and Criterion fully honors that aesthetic. The image emphasizes the stark, primary intensity of the film’s colors, which are clearly informed by the fluorescent aesthetics of certain anime. Earthiness contrasts with heightened neon. Greens and charcoal grays are rich, deep, and pristine. Blues merge the sky and the ocean together into singular dreamy tapestries. Fleshy pinks memorably define the titular creature. Most importantly, this transfer preserves the delicacy of these various color balances, which suggest a vision that could float away at any given time, affirming the film’s sense of emotional fragility. The soundtrack is correspondingly light and delicate, emphasizing small diegetic details that define the environment. The score is lovingly mixed, and isn’t superficially goosed up for the sake of the sort of aural theatrics that might be expected of, say, a “man cave” presentation. But inhabitants of man caves won’t be watching Jellyfish Eyes anyway.

The supplements have an engaging sense of specificity, allowing the audience to feel as if it’s a fly on the wall during the production of Jellyfish Eyes. Particularly “Making F.R.I.E.N.D.s,” a new piece on the creation of the film’s creatures, and “Takashi Murakami: The Art of Film,” a new behind-the-scenes documentary. These pieces follow Murakami and his team as they workshop ideas, discuss and adjust creature models, manage various permits, and navigate a whole host of other unglamorous activities that comprise the majority of the work known as filmmaking. Murakami and his primary collaborator, the horror director and special-effects and makeup craftsman Yoshiro Nishimura, are often seen as harried, brilliant eccentrics who live so far within their own heads as to appear occasionally flummoxed by the practical realities of set design or monster making. A new interview with Murakami allows him to elaborate on his themes and interests, and how Jellyfish Eyes was born from his preexisting art, the 2011 tsunami and earthquake that racked Japan, and the comingling of Japanese and American cultures. Rounding out this terrific package are an essay by critic Glen Helfand and the trailer for Jellyfish Eyes 2.