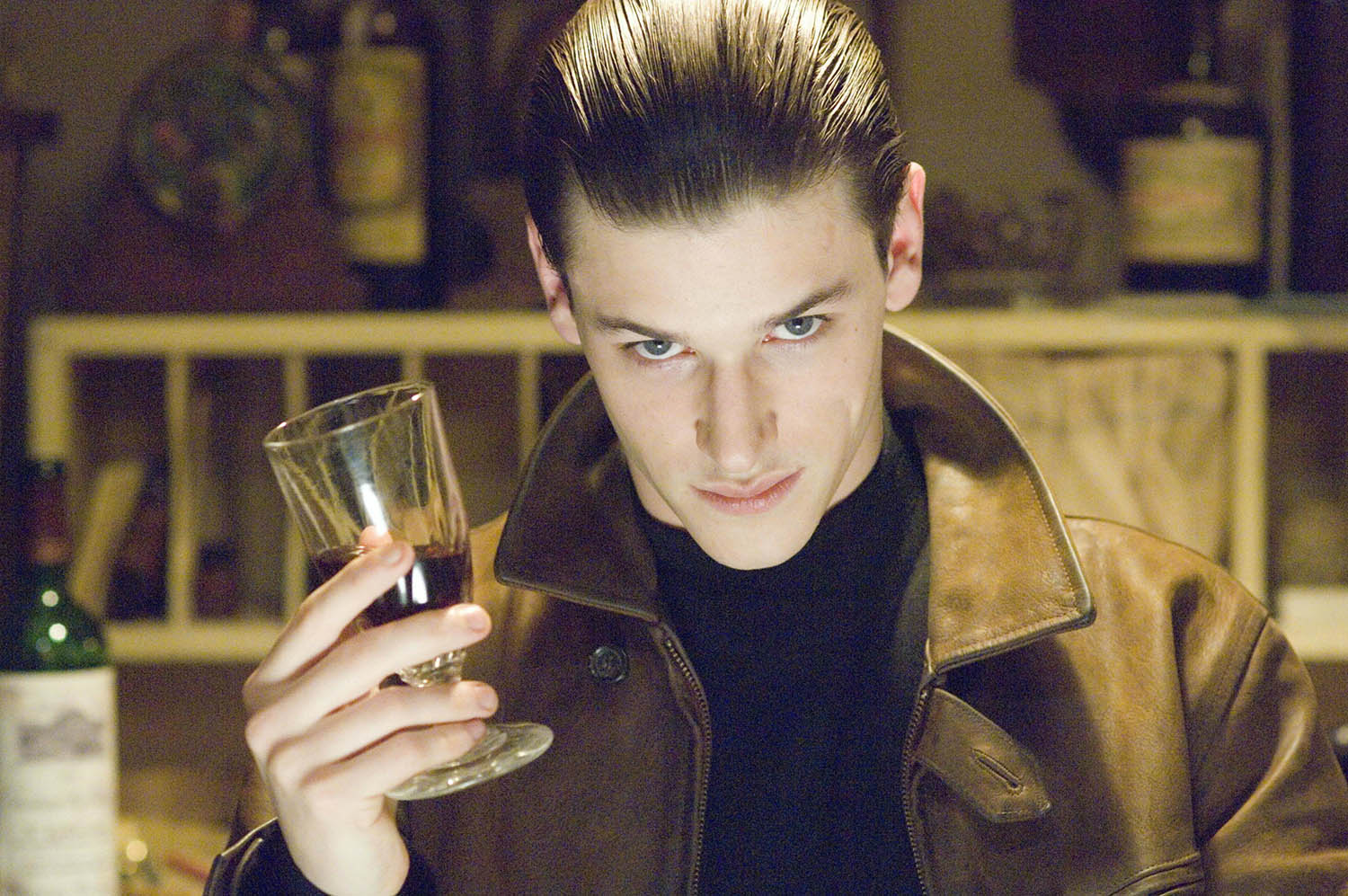 The more we learn about the bogeyman, the less terrifying he becomes. Dr. Hannibal Lecter was first glimpsed as an intellectual monster trapped behind a wall of glass, and when he walked off into the crowd at the climax of Jonathan Demme’s Academy Award-winning picture The Silence of the Lambs there was a giddy feeling that the creature had disappeared into the ether, walking unseen among us. That would have been a satisfying end for the doctor, but three inferior sequels later he has been elevated to a pop culture icon, and apparently the audience still hungers for more.

Hannibal Rising may be the weakest of the lot, and its artsy seriousness and painterly lighting scheme barely covers up the one-dimensional characters supporting Hannibal, who himself is less a person than a checklist of whys and whens. Why is Hannibal a cannibal? Why is he criminally insane? When did he first commit murder? When did he first eat human flesh? If you’re intensely curious for the answers to these questions, Hannibal Rising will dutifully serve, presenting the life of Young Hannibal as a fairy tale of a dark prince (played by Aaron Thomas as a boy and Gaspard Ulliel as a man) who grew up in Central Europe during the brutal final days of WWII, cultivated his education with his wealthy uncle’s Japanese widow (Gong Li, who is given little to do but stand on the sidelines and whisper the title character’s name), and learned a few tricks in medical school to avenge himself on those who destroyed his family, and his beloved sister Mischa (Helena-Lia Tachovska). The second half of the movie is devoted to Hannibal dispatching his enemies in creative ways, making Hannibal Rising a somewhat highbrow slasher film, made for people who normally don’t go to B-movies but secretly thrill at the sight of decapitations.

Ridley Scott’s frankly ridiculous and often puerile Hannibal was a grisly freak show of spilled intestines and cannibalistic brain-munching with all the sleek, polished veneer of an Obsession perfume ad. It may have been high camp, but at least it wasn’t boring. Hannibal Rising feels as stodgy as a museum case, and it seems so hastily cobbled together one feels vaguely ripped off by the ticket price. The film lacks suspense because we all know the monster-in-the-making is going to get away with it. The victims are an assortment of what (in Scott’s film) were referred to as “free range rude,” a rogue’s gallery of swinish brutes who offend the doctor’s delicate sensibilities. Since they’re fish in a barrel, and Hannibal is as indestructible and intractable as Superman, one has nowhere to turn for the genuine beating heart of humanity that ran through The Silence of the Lambs. This film exists to further the cash cow legacy of Dr. Hannibal Lecter, and create a nifty deluxe DVD box set containing “Hannibal’s Legacy of Evil.” One hopes there are better reasons for making films than this.

From a technical standpoint, the image is almost without fault. Colors are richly saturated and shadow delineation is striking, with little to no evidence of black crush or edge haloes. The audio is equally robust, with hearty but natural-sounding dialogue and whopping surround work.

Martha De Laurentiis, wife of Dino De Laurentiis and step-aunt of the only De Laurentiis family member whose work I can stomach, Giada, really thinks like a producer on the useless commentary track she shares with director Peter Webber, who contributes nothing of interest for the film’s entire running time. An example of what we’re dealing with here: A corny De Laurentiss playfully refers to the film’s theme song as “Waiting For Gong Li”-a reference to the amount of time they had to wait to get the actress on set (she was filming Miami Vice when they signed her)-and Webber, understanding that people wouldn’t be able to look at the film’s young Hannibal without thinking of Anthony Hopkins, marvels at the (nonexistent) likeness between Gaspard Ulliel and Hopkins. (Presumably, he hasn’t seen Wentworth Miller in The Human Stain.) Elsewhere, TV Guide film critic Maitland McDonough shares her thoughts on Hannibal Rising in a standard-issue making-of featurette, and Allan Starski entertains the world (at least the staff of Slant Magazine) with his heavy English accent on a second featurette devoted to his production design. Thankfully English captions for the hearing impaired are available or we might never have known that Starski says, “I am doing sets in young Hannibal” instead of “I am doing sex [or cassettes] in young Hannibal [or cannibal.or some kind of edible hymen].” Rounding out the disc: a series of deleted scenes as ridiculous as anything that made it into both the theatrical and unrated versions of the film, a teaser and theatrical trailer, and a bunch of previews.

An origin story that, sadly, has less in common with Jonathan Demme’s Silence of the Lambs than it does with Hannibal and Red Dragon.