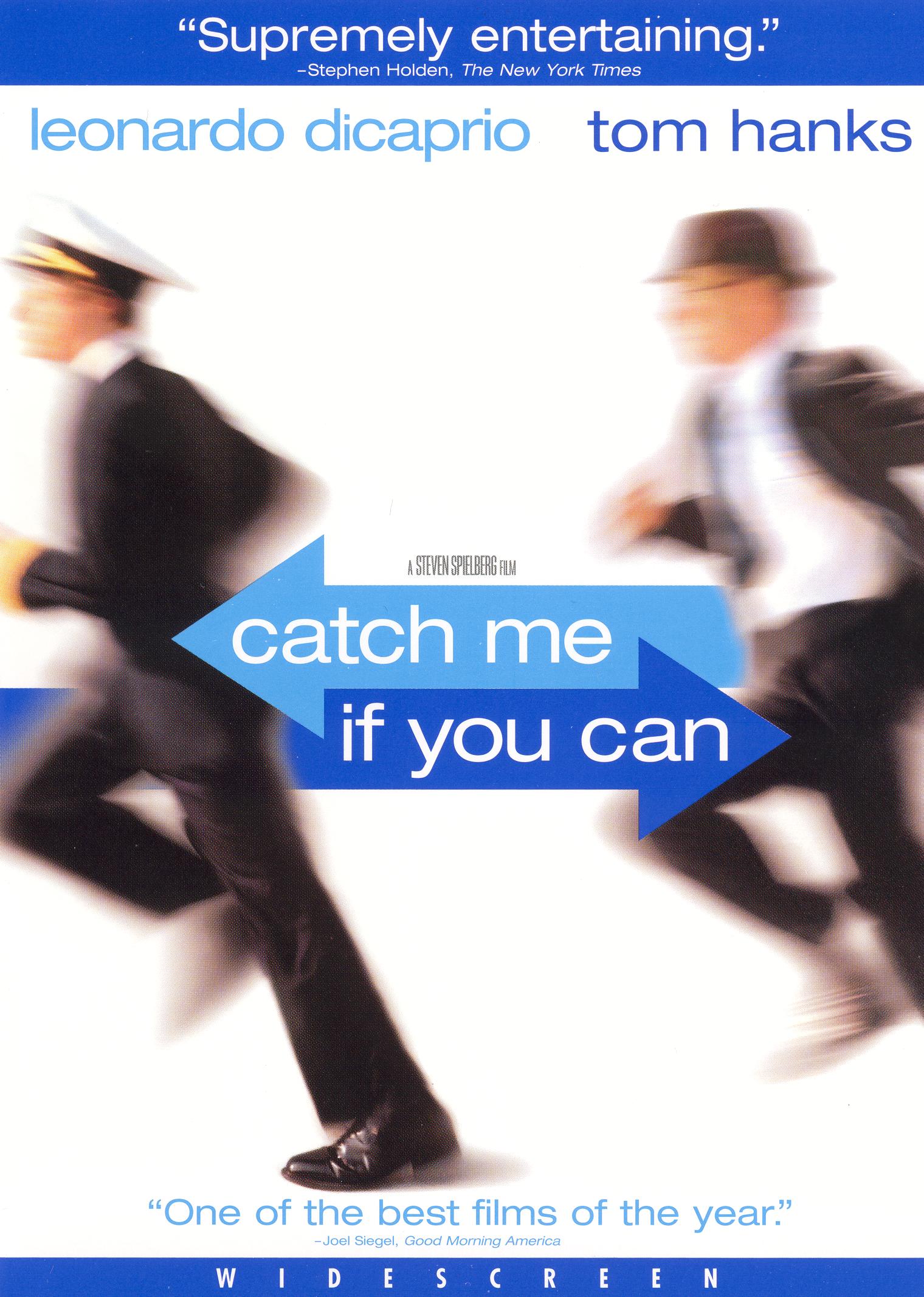 Steven Spielberg’s lengthy yet brisk Catch Me If You Can is a study of father figures, sharply presented in 1960s garb and design. As played by Leonardo DiCaprio, Frank Abagnale Jr., the brilliant con man who cashed in well over a million dollars in forged checks by the time he turned 17, takes corporations (Pan Am) and banks (Chase) off their coin in the hopes of rebuilding his own family, torn asunder when his Parisian mother, Paula (Nathalie Baye), divorces her smooth-operator hubby, Frank Sr. (Christopher Walken). As such, Frank Jr.’s unerring, misbegotten idolization of his chief paternal model leads him to take up with a line of crudely realized flirts before his attrite engagement to a non-virginal innocent, Brenda (Amy Adams).

Cast out by her cheery Lutheran father (Martin Sheen) after an abortion, Adams’s Brenda nevertheless remains essentially untouched, unnervingly childlike in her braces and candy-striper uniform. For Frank, she’s a chance at mending his broken domestic identity. His very real criminal identity as a forger, thief, and cocksure impersonator looms heavily however, and causes him to suddenly bail on his bride as F.B.I. forgery expert Carl Handratty (Tom Hanks, sporting a doozy of a Bawstan accent) knocks on his would-be father-in-law’s door. The inevitable rod to Frank Sr.’s unending spoils and allowances, Handratty goes as far as to taunt Frank for feeling lonely, even as he’s outpaced by the young con. Constantly seeking and failing to reunite his parents, Frank, of course, is running from disillusionment, scamming hundreds in the U.S. before moving on to Europe, where he must finally face Handratty in Montrichard, the French town where his parents’ romance began.

Much like Frank, Spielberg, another child of divorce, enjoys his illusionary worlds built on popular fictions that defy consequence. Handratty and Frank Sr. are the central dueling authorities, but the director gives plenty of sonic and visual nods to the spectral paterfamilias of adolescent-minded media. While on his crime spree, Frank buys a suit identical to James Bond’s in Goldfinger, uses the Flash’s earthly name as his favorite nom de fraud, learns the beats of the courtroom from Perry Mason, and picks up medical jargon to fake his way into a cherry administrative job at a hospital from Dr. Kildare. His deceit is driven primarily by popular branding, acting as a doppelganger for the familiar to deny what he sees as his writhing oddness. One of the film’s more inspired images shows Handratty opening Frank’s wallet to find a trove of peeled-off brand-name labels, but the tone of the scene is of fleet adventure rather than melancholic hollowness.

Working from Jeff Nathanson’s script, Spielberg vapidly, if engagingly, stresses the art and delights of subversion, but never confronts the obsession with conformity that defines both his art and Frank’s. The terminally problematic, populist filmmaker employs tremendous technical skill and a generous variety of talented performers to excuse Frank’s impulsive criminality, greed, and complete lack of personal responsibility, covertly and shallowly blaming what he sees as the graver crime of the dissolution of the nuclear family and traditionalism for Frank’s thievery, an act for which Paula is solely responsible. Tellingly, Frank’s shady father, himself a bit of a con man, is morbidly presented as merely an unlucky victim of governmental persecution, not to mention Paula’s materialism and eventual infidelity.

The touted “authenticity” of the film is a deft shell game that redacts the perversity, madness, and addiction that’s ultimately driving Frank and highlights a certain Christ-like element in the character; it’s no small coincidence that the filmmakers decided to make Frank, one of four siblings in reality, into an only child. DiCaprio’s easy charm and boyishness at once propels and (likely on purpose) overwhelms the character, as we’re never asked to question Frank’s actions in any revealing manner. That Hanks portrays his character, a well-educated government employee, as if he were Porky Pig from Southie, only underlines Spielberg’s unchallenged idealization of “self-made” men and inherent distrust of the educated, capped by the unconvincing forgiving revelation that Frank didn’t cheat on his bar exam.

Frank’s art, as it were, is seen as being formed by personal experience, but is ultimately depicted impersonally and blandly, imbued with quiet, broad conservative politics rather than personal, complex, or singular detail. Images of an affluent, traditional middle class in elusive, inexact peril dominate, while Spielberg cunningly redeploys this story of a selfish, extravagant playboy-thief as an energetic, charismatic and, ultimately, outrageously wrong-headed riff on David versus Goliath. In his typically enjoyable yet ignorant way, Spielberg presages and acquits the boastful victimization of Fox News and the careless, criminal frivolities of companies like Goldman Sachs by suggesting that they’re just victims of broken homes who want to go back home to a mother working away in the kitchen and a father relaxing in the recliner with a cold one.

Paramount’s 1080p transfer of Catch Me If You Can captures the vibrant polish that Janusz Kamiński and Steven Spielberg have honed over the years with stunning clarity. The intricate, exhausting sense of aesthetic detail of the ‘60s-set locales (most prominently New York City) and the texture of the costuming, from Frank’s pilot uniform to Handratty’s suit and tie, is lovingly preserved. Colors pop brilliantly, most noticeable in a busy Miami Airport where Frank is flanked by stewardesses in stunning baby-blue uniforms. Black levels are perfectly inky as well. The DTS master audio does equal justice to Spielberg’s zippy sonic landscape. Dialogue sounds great and out front, with John Williams’s lively score and atmospheric sound effects round out the back end wonderfully alongside pop, rock, and soul staples of the era.

A great deal of this is enjoyable hogwash. The half-dozen featurettes that cover the film’s pre- and post-production and some behind-the-scenes business largely consist of various members of the cast and crew praising each other and lip service being paid to Spielberg. On occasion, fascinating nuggets are revealed, mostly in the “Between Reality and Fiction” series that details the real people, incidents, and settings of the crime spree that inspired the film. The featurette on John Williams’s playful score is fun but still completely innocuous. A photo gallery is also included.

Paramount catches up with Spielberg’s magnificently paced, maddeningly wrong-headed manhunt comedy on Blu-ray with a bold, beautiful A/V transfer and a stash of slight extras.