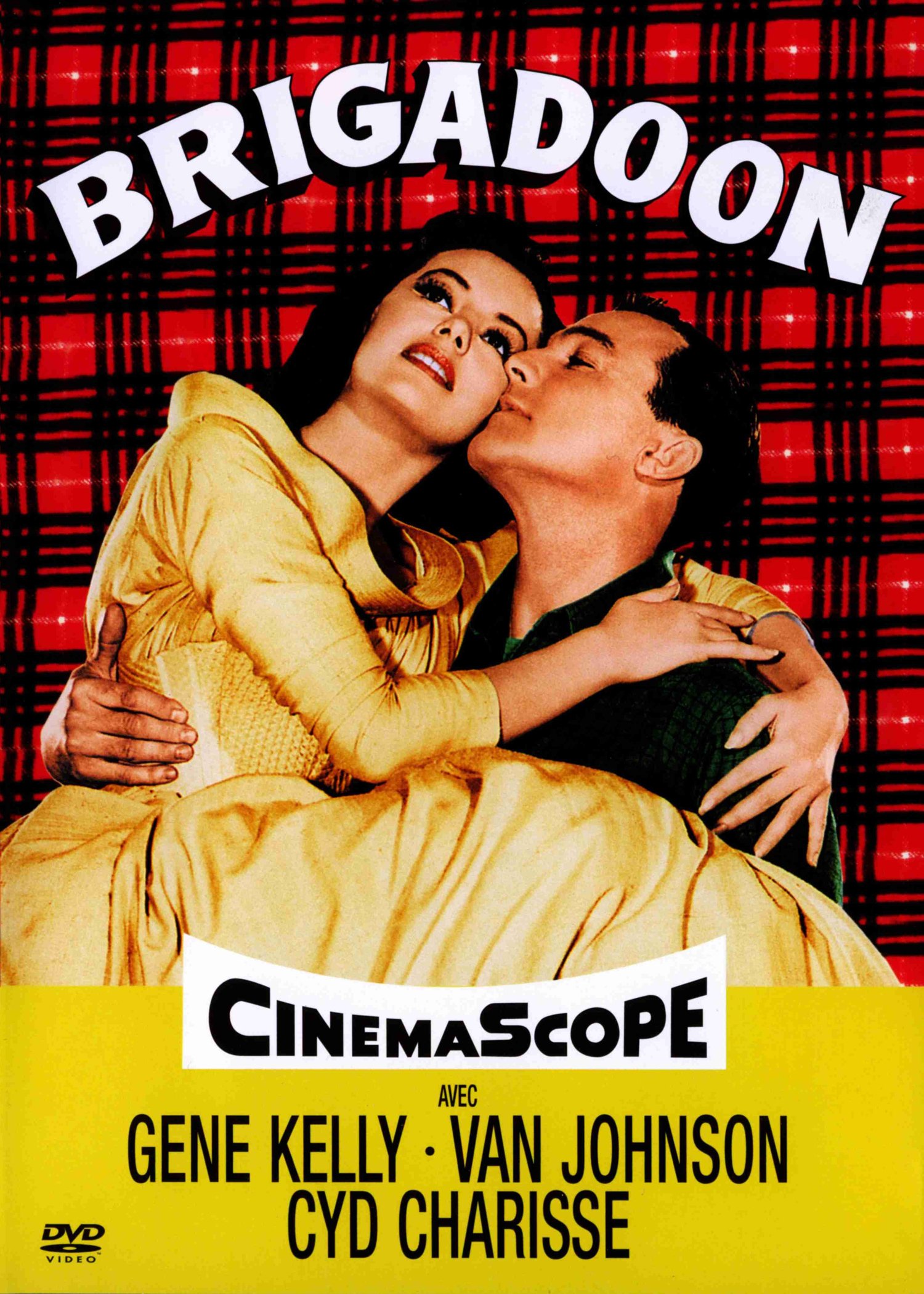 The Scottish village of Brigadoon only magically awakens for one day every 100 years, which works out just fine for Tommy Albright (Gene Kelly). He falls in love with one of the townspeople, Fiona (Cyd Charisse), and has the opportunity for a guilt-free one-night stand. Not that this MGM musical has any sexual innuendo; it manages to make Tommy’s song about enjoying the “Heather on the Hill” so tame that one never suspects the couple is doing anything more than holding hands while frolicking in the heather. But Tommy wonders whether he can give up his modern life in the name of romance. Brigadoon never mines its conflicted situation for all its worth, since Tommy never has to face up to his dilemma until the film is racing toward its third act conclusion, the outcome never in doubt. At least the dancing is good, and Vincente Minnelli’s restless camera gooses a plodding story into liveliness. As usual, Kelly and Charisse are gracefully swoon inducing, even amid the fake looking “highland” sets and garish Technicolor (Kelly’s bright red socks almost successfully upstage him). But Brigadoon indulges in drawn-out hokum with the townspeople going about their quaint daily routine (“Down on MacConnachy Square”), cow milking, and grand spectacle wedding dancing. No wonder Tommy’s sidekick (played by Van Johnson) spends the entire movie getting drunk, and town villain Harry Beaton (Hugh Laing) wants to break free of the rigorous social constrictions and escape the town. As he climbs from tree to tree, pursued by an angry mob (“I’ll go down/To the creek/If he’s there and I see him/I’ll throw him in it!”), the modern viewer might hope he actually makes it beyond the town line, enabling “tomorrow to never, never come.” One can easily imagine the Lars von Trier version of Brigadoon, where single-minded Harry is the hero trying to escape this oppressive, conservative Squareville.

For a movie musical that’s middling at best, Warner Home Video does a completely outstanding widescreen transfer that makes full use of the eye-popping Technicolor. Unlike old prints where the Technicolor bleeds into hideous nitroglycerine, this Brigadoon is a visual feast-as long as you respond to Vincente Minnelli’s overripe color scheme. The audio track is similarly crystal clear, so Kelly and Charisse fans can rejoice at their decent singing while admiring their extraordinary dancing.

Slim offerings include an audio outtake of the lovely “There But For You Go I” and a theatrical trailer. Three outtake musical numbers are smartly photographed but quite expendable.

DVD Review: Bring Me the Head of Alfredo Garcia on MGM Home Entertainment