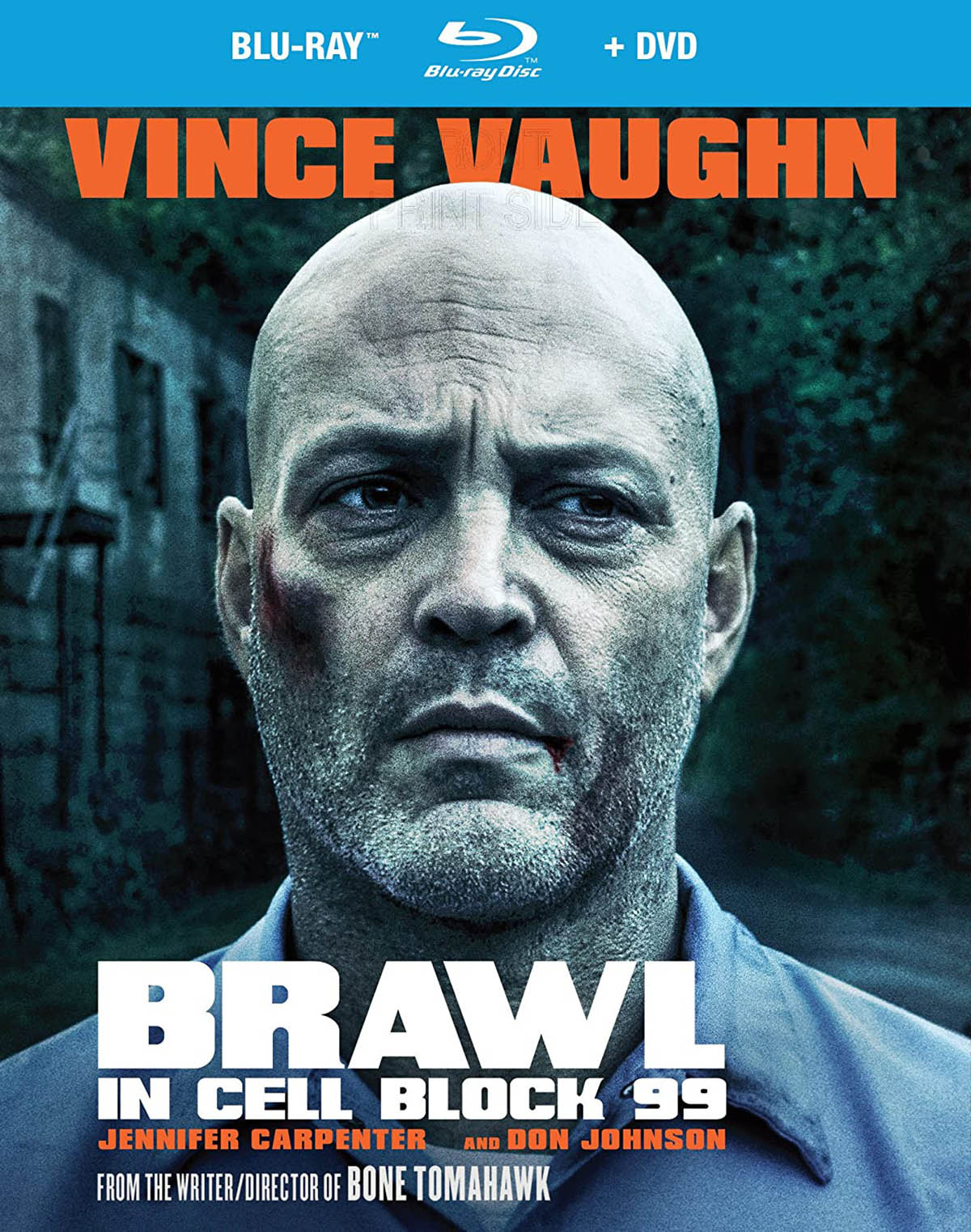 It takes 90 minutes for Brawl in Cell Block 99, S. Craig Zahler’s follow-up to his eloquent and savage Bone Tomahawk, to get to the cell block, and another 20 to get to the brawl. The film doesn’t posit many profound political ideas, which is itself a sort of political idea, and its grotesqueries—bones are snapped, heads boot-stomped to slop, faces displaced by bullets—are unrepentantly graphic, each mangled body meticulously shot so that no gash or gauge is ever obscured. Zahler commits to the nasty material, and by the time bodies and spirits are broken, the carnage and nihilism feels inevitable, rather than gimcrack or forced—a rancorous culmination brought on by unfortunate events and dire circumstances. As a piece of exploitation trash, the film is something to behold—and to flinch away from.

Bradley Thomas (Vince Vaughn), a tow truck driver, the back of whose head is festooned with a cross tattoo, arrives to work on a balmy afternoon. He’s stoic yet lucid: He says that a customer complained to him about a car that was “making a funny noise,” emphasizing “funny” as if in derision of the customer’s word choice. “Nothing hilarious about it,” continues Bradley. The man chooses language carefully, his calm sagacity belying his vocation. When no one laughs at his joke, he discerns that he’s out of a job, for undisclosed reasons. He asks his now-former boss if he has any bolt cutters, and the boss replies, as if mocking Bradley’s linguistic precision, “They’re buried. I’ll exhume them.” Zahler, one of the droller genre wordsmiths currently working, isn’t much interested in realistic dialogue. He conjures cruel worlds in which the ironic confab of working-class denizens creates a feeling of surreality, banter that’s a touch too sharp for the mouths from which they spill.

When Bradley returns home, he discovers that his wife, Lauren (Jennifer Carpenter), has been having an affair. Stomping around with a force that’s reminiscent of Boris Karloff, Bradley proceeds to dismantle Lauren’s car with his fists, then has an unperturbed conversation with her, his knuckles dripping blood, about the state of their relationship. They decide to have a baby, if Bradley can get a new job, so that the child won’t suffer the same hardships they have. He obliges. Cut to the next year, when he’s a trusted driver for a bigoted, prosperous meth dealer, Gil (Marc Blucas). Like Michael Mann, Zahler basks in the minutiae of method, immersing the viewer in the systems and mundane workings of illegal enterprises. Bradley is good at his new job, though he doesn’t seem to love it very much. When things go sour, and Bradley refuses to betray his principles, he ends up in prison.

Zahler, a pulp writer turned pulp filmmaker, has a keen understanding of pacing. Brawl in Cell Block 99 rarely drags, even when delivering exposition, and the economy of the storytelling is as efficiently brutal as the eventual skull-crackings. The plotting insinuates a knotty, labyrinthine conspiracy, but at its core, the film is far simpler. This is a quintessential American story about revenge motivated by money. Cruel, vindictive men control a cruel, unfair world, one whose ever-deepening layers grow increasingly squalid and iniquitous—medieval catacombs and torture chambers replete with barbaric forms of punishment, unfettered by morals or modern governance.

The film luxuriates in the sordid and sadistic annals of injustice. Bradley is volatile, but he restrains himself until he encounters an inanimate object to slug. The first time he goes fist to fist with another person, against his will, he leaves the man quivering in a pool of blood, a bone sticking out of his arm. Bradley doesn’t half-ass anything. The film’s first gunfight is fairly mild compared to the orchestrated violence of, say, John Wick, but each fight increases in intensity, building up to an inescapable release. When we finally get to the dungeon-like prison, where Bradley will, we know, end up in cell block 99, Zahler gives us a toilet overflowing with human waste and a corrupt warden (Don Johnson) who boasts of his commitment to “minimal freedom.” The filmmaker also offers up concrete floors covered in broken glass and electric belts delivering charges to prisoners’ kidneys.

The lack of CGI lends the violence a visceral, tangible sensation, from facial muscles smeared across the floor to the pulsating refuse of a brain half-ousted. Brawl in Cell Block 99 has an emaciated, sinewy feeling, jaundiced and sickly; light pours through windows as if trying to cleanse away sins and rot. It almost looks as if it were bleach-bypassed, though the details of the tenebrous cells and corridors suggest it was shot digitally. Zahler favors low, wide angles early on, while the action is shot in clean, fluid medium and wide shots, with the 47-year-old Vaughn doing most of the fighting himself. (As if anticipating a theater full of hands over eyes, Zahler suffuses the violence with exaggerated sounds of squelching, tearing, squishing, screaming.)

Vaughn, big and lumbering, spitting out his Southern drawl, looms over Johnson’s cigar-chomping warden. He brings to mind Lee Marvin’s cryptic Walker in John Boorman’s Point Blank, as well as the code-abiding badasses of Bruce Willis’s better years. He occasionally has trouble getting out his character’s mouthfuls of verbosity, and doesn’t always seem to know if he’s going for comedic irreverence or sincerity, but this is the most galvanizing, and empathetic, he’s ever been on screen. The physical dexterity of the performance almost makes you hope he shows up as John Wick’s next foe.

The film is abundant in lurid reds, garish blues, and purposefully shrill whites—all to emphasize the hard angularity of the images. This transfer keeps those elements intact, offering a clean and nuanced presentation. The colors are vibrantly seamy, and the image is highly detailed so that every piece of broken glass and bone is rendered with the utmost clarity. The soundtrack has a guttural bassline, giving the violent scenes a staggering sense of impact that’s exhilarating. Quite a bit of the film is composed of dialogue, and some of it is hard to discern even at high volumes, though this might be intentional.

“Journey in the Brawl: The Making of Brawl in Cell Block 99” is a 15-minute featurette in which the actors talk of how wonderful it was to work with one another, while attesting to the brilliance of writer-director S. Craig Zahler. Not bad as these things go, though this is still a skippable puff piece. The same goes with the Beyond Fest Q&A, in which Zahler and his cast politely answer asinine questions about the morality of the film and its characters.

This fiery piece of pulp shrapnel receives a beautifully ugly transfer, along with a handful of negligible supplements.