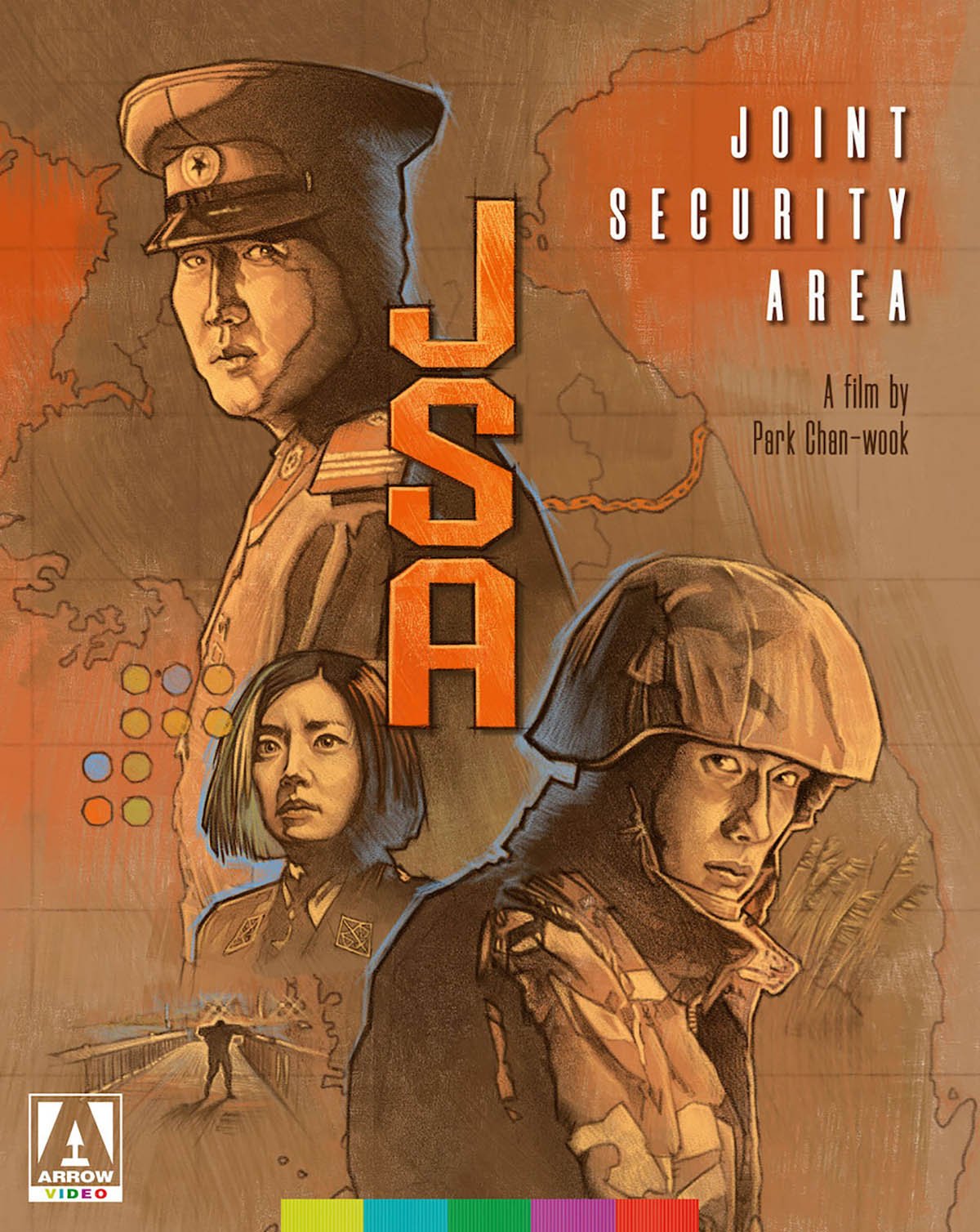 Next to the films that cemented Park Chan-wook’s reputation as a master of lurid arthouse thrillers, Joint Security Area is awfully normal—a timely military-set whodunnit with a message along the lines of “Can’t we all just get along?” Based on Park Sang-yeon’s novel DMZ, the 2000 film is set on the border between North and South Korea. Early on, two soldiers are found dead on the north side, with another, Oh Kyung-pil (Song Kang-ho), left injured. A South Korean soldier, Lee Soo-hyuk (Lee Byung-hun), also injured, confesses to the killings, claiming that he was escaping a kidnapping attempt, while North Korea insists that he committed an act of unprovoked aggression. Recruited to investigate the matter is Swiss Army Major Sophie E. Jean (Lee Young-ae), and it’s implied that she’s the ideal mix of insider and outsider to empathize with the tensions between both countries and ensure that war doesn’t break out.

To Westerners only passingly familiar with the fraught relations between the Koreas, Joint Security Area might serve most vividly as an echo of Rob Reiner’s A Few Good Men, another glossy murder mystery with a volatile border incident at its center. Both films are concerned with how wartime protocol, dictated by people outside of the action, can warp the psyches of soldiers and lead to atrocity. But Park ultimately isn’t interested in the pleasures of leading us through a puzzle. While we’re initially led to believe that Sophie is the protagonist, she’s pushed aside as the film flashes back to the months leading up to the murders, revealing that Soo-hyuk, Byung-pil, and other soldiers from both sides of the border were friends. In fact, Joint Security Area’s second half recalls another Reiner film, Stand by Me, which also reveled in juvenile bonding rituals shared by bored and horny males. Soo-hyuk, Byung-pil, and the gang share pictures of their girlfriends, pass around American nudie mags, drink and play cards, and wax on the glories of the snack cakes that aren’t available in North Korea.

Given the narrative’s sharp, intricate setup—so rich in innuendo, sleights of hand, logistics, and secrets and lies—its subsequent straightforwardness is rather disappointing. The comparisons that Joint Security Area has received to Rashomon prove to be exaggerated, because while Akira Kurosawa’s film dramatizes with wrenching agony the shakiness of universal truth, Park’s film mostly abandons alternating POVs, employing a repetitive structure with a clear ending in plain sight long before the narrative comes to a close. And the soldiers, other than the swift and sly Kyung-pil, who Song invests with his customary charisma, aren’t especially interesting; they’re earnest clichés out of American military pictures. Yet Joint Security Area has a subtle perversity that aligns it with future Park films. As in works as disparate in tone and intent as Oldboy and The Handmaiden, Joint Security Area is concerned with violence as a reaction to a severe and repressive society.

Joint Security Area’s bloody murder scenes are hyperbolically staged, which comes to feel especially resonant when the intense and homoerotic nature of the soldiers’ friendship is revealed—a nature that’s often expressed in symbolic displays of frustrated violence, from a spitting contest to the usual boys-will-be-boys horsing around. The warm idyll of the hangout scenes, shot to suggest kids huddled in a boy’s clubhouse, are contrasted with the mercilessly bold and symmetrical compositions of the demilitarized zone, especially in cunningly staged stakeout sequences that anticipate the muscular action scenes of future Park films.

Such juxtapositions—between the tenderness of ordinary life and the constrictions of a system of governance—also foretell The Handmaiden, in which the tender love affair between two women transpires in homes of astonishing yet constricting ornamental beauty, erected in honor of oppressive patriarchal authority. And like The Handmaiden’s love scenes, Joint Security Area’s murder scenes grow increasingly tragic and erotic in retrospect, as we learn more about the friendships that drive them. The killings are ironically understood as a revenge of the oppressed against itself—an act of rage at a system turned inward by the system itself. There are, in this military thriller, seeds of a more expansive gothic sensibility.

The image is generally clear and attractive, but some of the flesh tones are bright to the point of shrillness, though this lighting may be truthful to the film’s origins. Blacks are occasionally murky, with hints of crush, but they’re mostly vibrant, as are the remaining darker colors—blood reds, noirish blues, forest greens—of the film’s palette. This disc features two sound mixes—a DTS-HD Master Audio 5.1 and LPCM 2.0—and both offer sharp and immersive soundstages for a talky film that’s occasionally, startlingly punctuated by gory gunfire.

Two new supplements included in this set—an audio commentary by writer and critic Simon Ward and a 35-minute appreciation by Asian cinema expert Jasper Sharp—primarily discuss Joint Security Area within the context of Park Chan-wook’s subsequent work, perhaps inadvertently underscoring the fact that said context is this well-staged film’s primary source of interest. Ward offers an informative and conversational commentary, analyzing the formal and narrative intricacies of the film’s first act with particular shrewdness, while Sharp outlines Park’s ascendency in relation to the larger blossoming South Korean cinema movement of the 2000s. Also included in this package are diverting, still relatively skippable archive supplements that cover the making of Joint Security Area and the political reverberations of the narrative, as well as music videos and various other promotional materials.

Blu-ray Review: Larisa Shepitko’s The Ascent on the Criterion Collection