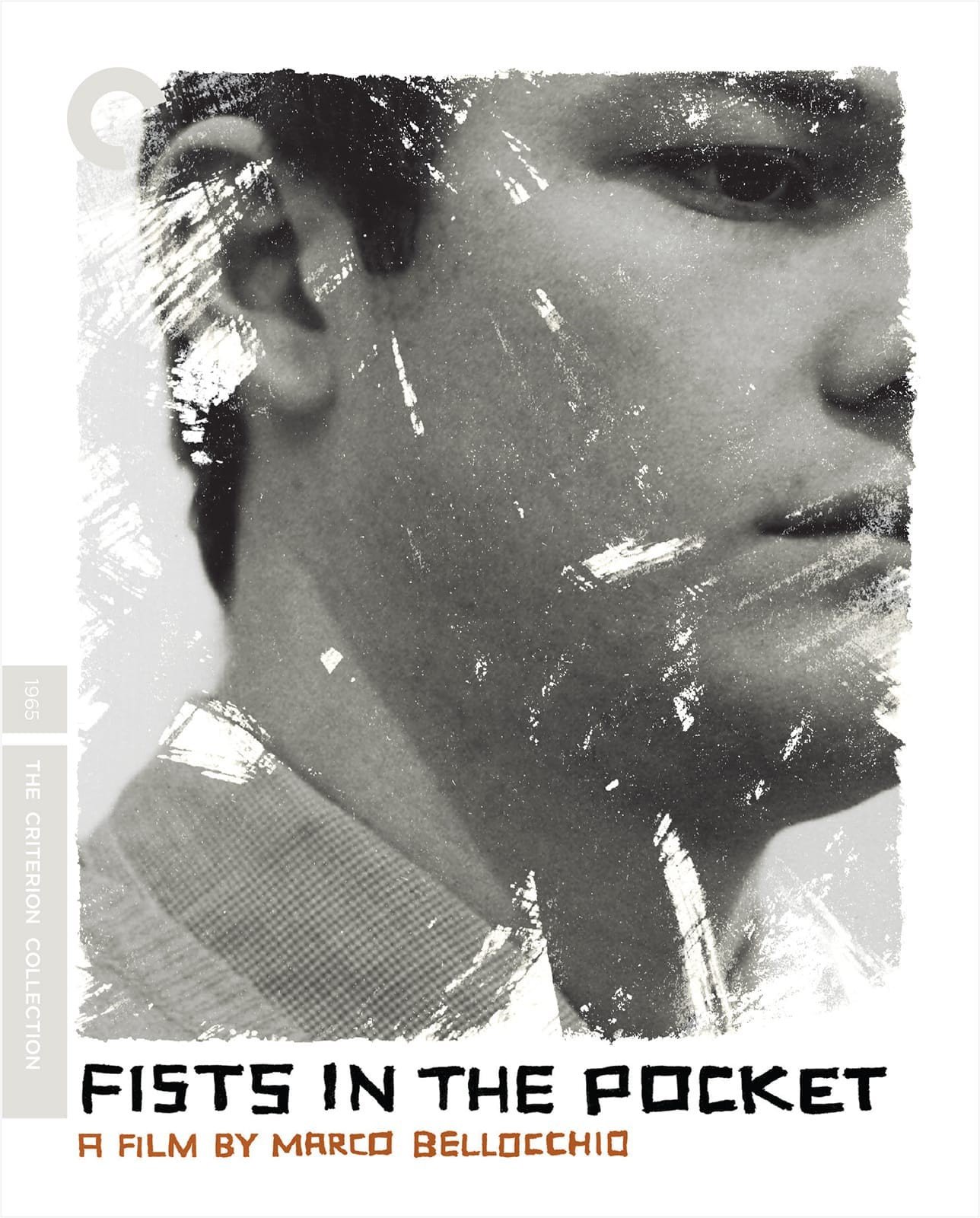 The visual propulsiveness of Marco Bellocchio’s feature film debut, Fists in the Pocket, is its style. Prefiguring Lucrecia Martel’s La Cienaga by 35 years, this Italian gothic is immediately engrossed by the stagnant air that enshrines its milieu. Alberto Marrama’s camera affects a slow-moving fun house ride through a provincial Italian house and the world outside. It’s as if tracks have been placed on the characters’ exposed nerves and every path approaches abstraction. Indeed, it’s a disconcerting thing in a black-and-white film when a woman points to a line of prostitutes and says, “The one in red.”

The film, whose Ennio Morricone score suggests a hushed lullaby, is soaked in the iconography of a world in transition. Through a haze of simmering sexual tensions, suicide threats, seizure attacks, and slaps across the face emerges Alesandro (Lou Castel), a young man with the face of Doogie Howser and the personality of Stanley Kowalski. Implicit in his pathological behavior isn’t so much a gross disconnect from the world, but a mad desperation to transcend his forced provincialism and family: his mother (Liliana Gerace), a blind coot with perpetual circles around her eyes; Giulia (Paola Pitagora), who harbors incestuous feelings for her siblings; and the mentally handicapped youngest brother, Leone (Pier Luigi Troglio), who gets the most lucid declaration in the film (“What torture, living in this house”).

When Augusto (Marino Masé), the eldest son, learns of Alesandro’s plan to precipitate a “collective suicide,” his shock settles into what could be considered relief when his fiancée, Lucia (Jeannie McNeil), arrives on the scene, implying that he, too, believes that his salvation is dependent on his family’s demise. Throughout, Alesandro’s behavior recalls the mania of a caged animal, but often his crazed tricks reveal the animal in others. The graphic intensity of the film begins to lose its luster by film’s end, but if Alesandro’s behavior at a party is any indication, perhaps Bellocchio is attempting to spoof Michelangelo Antonioni’s La Notte and, by extension, to reveal his main character’s misguided sense of privilege. The film comes on strong—no Linda Blair-style pisser in the living room to foreshow its fireworks—and, perhaps appropriately, ends with something close to an exorcism.

Fists in the Pocket underwent a significant restoration in 2015, performed at the L’Immagine Ritrovata laboratory in Bologna, and the results are luminous. Grain is nice and thick throughout, with strong contrast between blacks and whites, especially in the film’s interiors. Criterion’s 2006 DVD was laced with edge enhancement, so this is a significant improvement. The 1.0 monarual soundtrack, though it gives a nice boost to the Ennio Morricone score, still leaves much to be desired, as dialogue is mixed a little low, even if it’s discernable throughout.

A collection of interviews with director Marco Bellocchio, actors Lou Castel and Paola Pitagora, editor Silvano Agosti, and critic Tullio Kezich are stitched together to provide a light overview of the film’s evolution and status today. A separate interview with Bernardo Bertolucci, also pulled from the 2006 DVD release, sees the filmmaker placing Fists in the Pocket, along with his own Before the Revolution, in the context of Italy’s political climate in the mid-1960s. The only new extra on this release is an interview with scholar and NYU professor Stefano Albertini, who passionately speaks to force of Bellocchio’s vision and the film’s controversy upon its initial release. Rounding out the disc is the film’s original theatrical trailer and Deborah Young original essay, which places Firsts in the Pocket in the context of Bellocchio’s other works and provides a generous reading of the film’s characters.

Criterion’s upgrade of one of the most important Italian films of the 1960s boasts a luminous restoration that practically counts as an act of heroism.