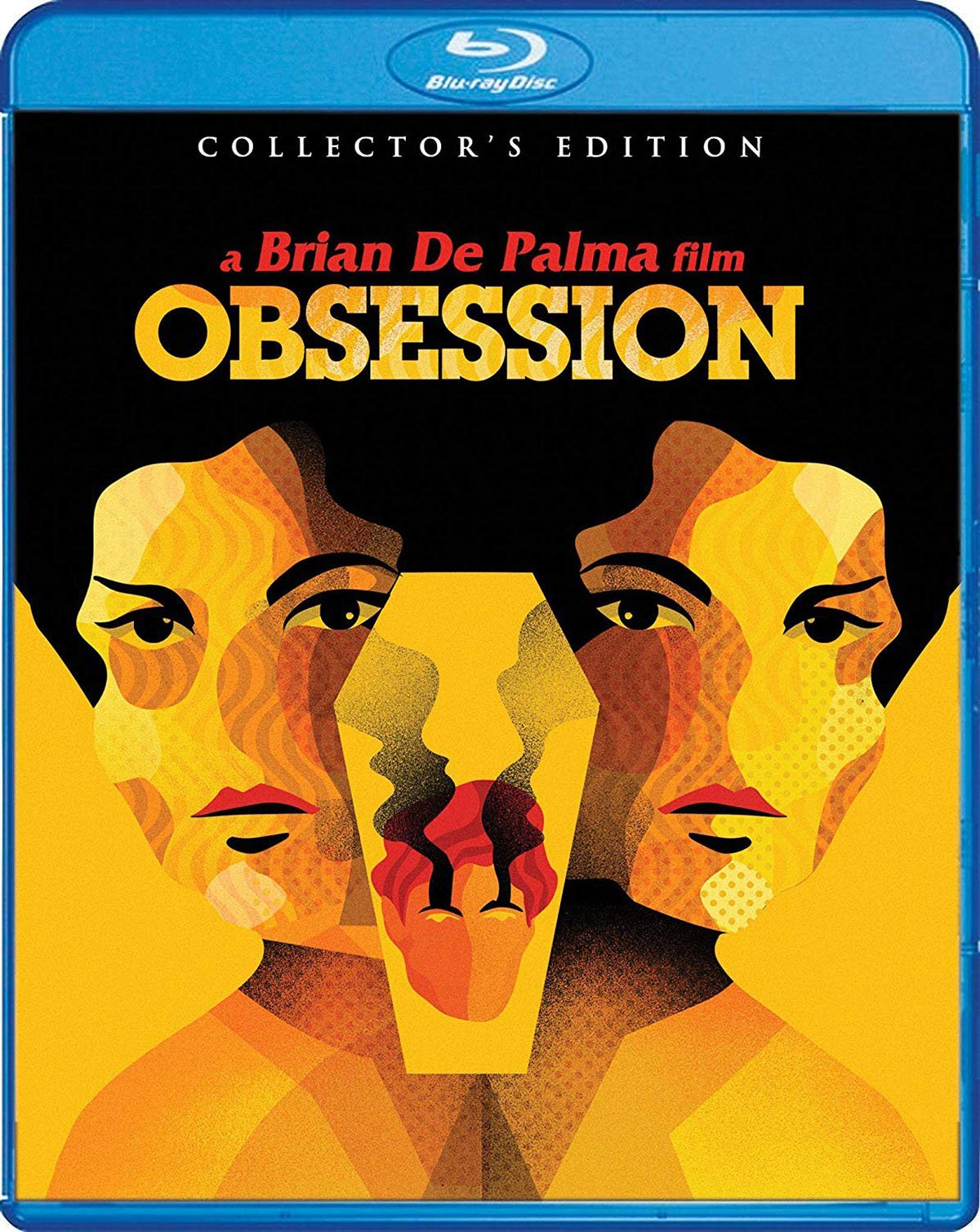 Geneviève Bujold was a little bit like the Björk of late-‘60s, early-‘70s cinema. She worked between predominately pop-minded American films and hermetic, aggressively Euro productions, coasted a long way on adorably pliable looks, and kept you perpetually off-balance with her off-kilter line readings and interpretations. She was a sterile cuckoo with a voice whose grit confirmed the darkness in her eyes. Paul Schrader may have ended up having to capitulate Obsession’s original (ridiculous) scripted ending to the will of Brian De Palma, but the casting of Bujold in what is essentially Kim Novak’s role in Vertigo results in a literary emphasis not seen in De Palma’s work again until the strong-arm showboating of Oliver Stone and David Mamet.

Obsession is, as far as De Palma’s tributes to Hitchcock go, half-baked and far-fetched without even the benefit of being audacious-unto-tasteless. It’s the film in which the only dearth of a metaphoric “double” is the comedy mask that ought to complement the dour visage of tragedy. (Is that the reason that it’s Obsession, and not any other De Palma film up until Femme Fatale, that’s included in the top 1,000 film list of Jonathan Rosenbaum, who sneered at the director for delighting in audience reactions to Dressed to Kill?)

While Bernard Herrmann’s rapturously funereal score (with at least four separate dirge leitmotifs swirling around the opulent, central “Valse Lente”) ratchets up Obsession’s metastasized, polluted doom-gloom, Bujold takes her role in the opposite direction, at least initially. (The character is a screenwriter’s “pitch” if there ever was one—e.g., “What if we took the idea that Kim Novak was practically young enough to be James Stewart’s daughter and just ran with that?”) Within minutes of meeting Cliff Robertson’s sad sack Michael, Bujold’s Elizabeth bites heartily into Schrader’s symbolic dialogue about the ethical implications of discovering an original draft of art and restoring the revision.

That’s clearly an expression of self-deprecating guilt from a writer who felt a little dirty turning Vertigo into a teary-eyed sick joke. But Bujold’s enthusiasm as a performer redeems the entire picture, especially when she’s asked to perform flashback scenes that shouldn’t work, but, thanks to her, represent another of De Palma’s fearlessly experimental whims.

Vilmos Zsigmond’s cinematography has looked too washed-out on previous home-video editions of the film, but it finally looks right on Shout’s Blu-ray. Colors are natural and the exaggerated lighting dazzles when refracted off of mirror surfaces. Even more impressive is the surround-sound remix, which amplifies Bernard Herrmann’s bombastic, swelling score to deafening levels while leaving all dialogue clear in the center channel. The original mono track is also included and sounds every bit as crisp despite the lack of separation.

On his commentary track, Douglas Keesey offers a drily academic breakdown of the film. The author of Brian De Palma’s Split-Screen: A Life in Film sounds too much like he’s reading from a script, but he still provides intriguing observations on the director’s stylistic flourishes. Interviews with producer George Litto and editor Paul Hirsch see both men reminiscing about their careers and work with De Palma, with the former more gregarious about his own life and the latter more specific about the details of his work on Obsession. An archival documentary on the film features interviews with De Palma, Cliff Robertson, and Geneviève Bujold, who all reflect on the film’s production and how well they worked together. The disc also includes a trailer, radio spots, and an image gallery.

Brian De Palma’s showy Vertigo tribute gets a significant A/V upgrade, highlighting the dreamy haze of Vilmos Zsigmond’s cinematography and Bernard Herrmann’s score better than any home-video release of the film to date.