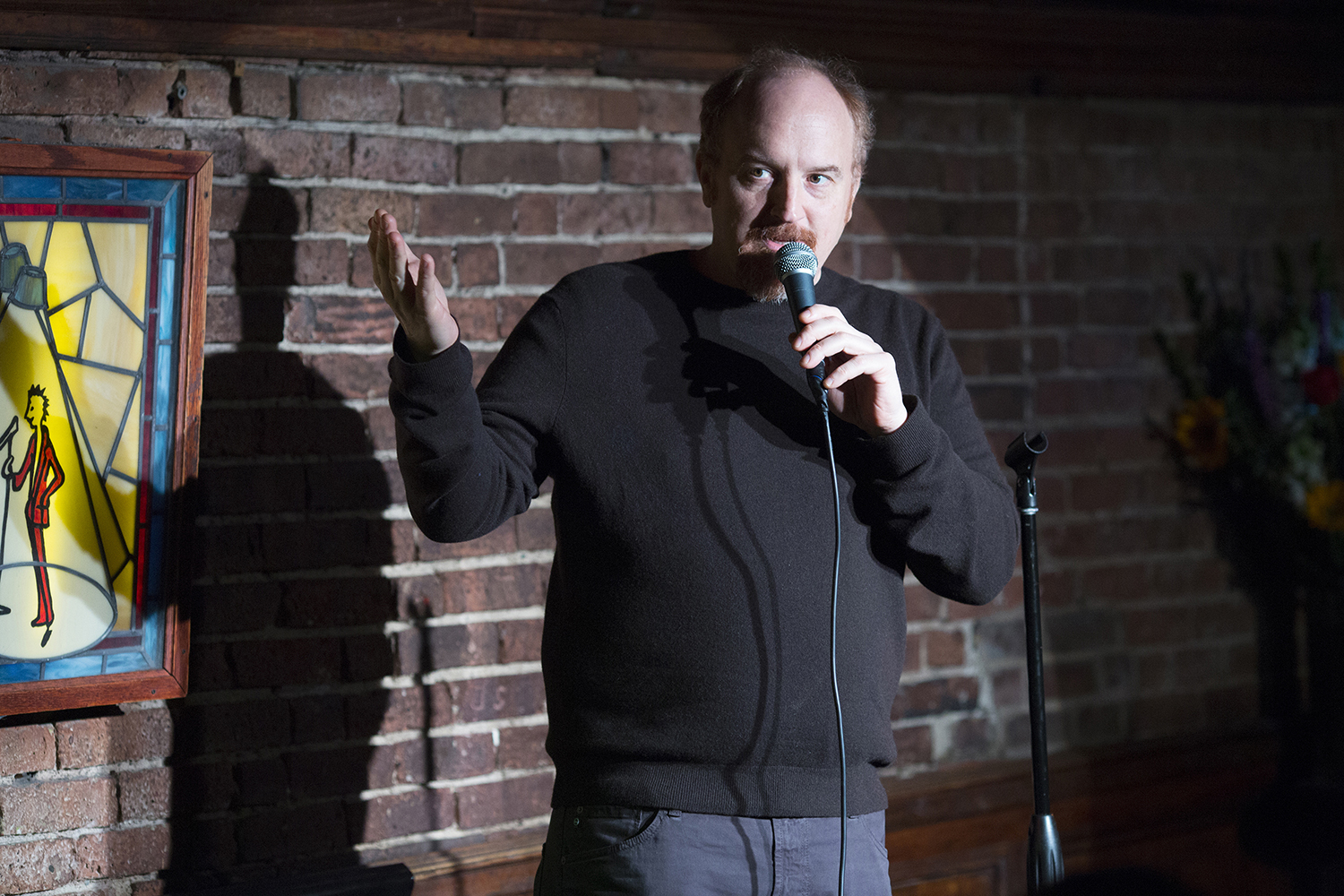 We’re in the middle of a comedy boom. Scores of young comics are using the media platforms and formats at their disposal to develop a voice and make it directly accessible through the Internet. When everything syncs up right, many of these comics are able to build a loyal following in the process. But if ready access to resources has altered conventional creative pathways for comedians on the rise, the looming inconstancies and fleet-footed pace of show business remain fundamental barriers to lasting success. It’s impossible to predict if or when a comedic talent will arrive at a place where his or her distinct artistic voice will still be heard, clearly and in spite of its own success, through a clamoring audience. So at a time when comedy as an art form seems as wide open as it can be, it’s thrilling to witness somebody like Louis C.K. perform live stand-up comedy in person.

The fascinating thing about watching C.K. deliver his latest live act is that it’s very difficult to ignore the pull of his current artistic persona on your expectations. For me, and I would imagine a good portion of his current following, this is directly related to our perception of C.K. as he exists in the fully formed world of Louie. The bumbling, middle-aged man he embodies provides a necessary anchor for the show’s unpredictably shifting cinematic moments and sensations. When things turn wacky on Louie, it’s C.K.’s capacity as an actor—his ability to signal a mood or an emotion with a range of broody facial expressions and clumsy gestures—that imbues the vignettes with a cohering dramatic structure. Because of this, the short stand-up sets that punctuate the series, though they’re delivered from the self-possessed and raring posture of C.K.’s actual stand-up act, aren’t essential to its narrative. Instead, they function more like supplemental, humorous meditations on the narrative’s themes and tones. If he were to remove the stand-up material completely, Louie wouldn’t collapse, but it would lose some terribly funny perspective.

Yet if there’s anything that might obstruct the full reach of C.K.’s sensibility, oddly enough it could be his terrific proficiency at both filmmaking and stand-up: Does appreciating his comedy through one medium without the complement of the other make that one experience incomplete? What if Woody Allen had continued in stand-up and still made films? That was the anxiety I brought to the last of C.K.’s four shows in Phoenix, Arizona last weekend. At first it felt mildly uncomfortable to be in such close proximity to his jokes and turns of phrase; they feel almost too intense. You’re quickly confronted by the dexterity and sharpness of the artistic voice that exists beyond the mediating effects of recording and editing. Thankfully, once you process that realization, C.K’s comedy blooms warmly into a directly accessible physical awareness, so that every bit, observation, and the response they trigger gradually become part of a shared personal encounter. When you’re just one of a couple thousand people in a theater with C.K., your point of reference is the immediate experience of collective laughter.

For somebody with as loyal an audience as C.K’s, the creative challenge is how to honor that loyalty without pandering to its fears and doubts. His latest set is thematically and stylistically consistent with what he’s good at: self-deprecation, the bleaker aspects of adult male sexuality, the absurdity of his own perceptions and observations, the wisdom and insight that comes with age. The freshness of the new material comes from C.K.’s capacity to test the limits of morbidity and moral contradictions with newly detectable amiability, smoothing the edges of the jokes without compromising their power. When he talks about how annoying it would be to live in a world where humans existed at some lower rung of the food chain (imagine being at the train station and having to outrun a zebra on your way to work), the bit is framed within a declaration of his new attitude toward the beauty of the world around him. “You have to be grateful,” he says. Lines like this, delivered as an aside almost gleefully, have a sweetness that helps the jokes land more steadily.

C.K.’s ability to play with comedic perspectives is much more apparent in person. At one point in the new set, he delivers a bit that combines observational insight gleaned from his life as a father with puerile sarcasm. He talks about attending a dance recital for one of his daughters and watching other parents obsess over capturing their children on camera. Rather than being present in the moment, they worry about recording a video to post on Facebook. A fun thing to do, C.K. says, would be to randomly insert a few frames of a butthole into the footage of your kid and see how many friends even notice they’re there. None of the people “liking” and commenting on the video of your child’s moment really care as much as you do; and, as a parent, shouldn’t it be enough just to be there when it happens? His stage demeanor turns from steady to loose and silly as he demonstrates for us how he would go about taking video of his own anus. The bit says as much about C.K’s perception of parenthood as it does about his continuing affinity for crude humor.

The real highlight of the set, though, is C.K.’s closing bit, a series of well-composed aphoristic lines, each of which begins by evoking a stark example of human suffering or injustice and then exploding it with humor. With each joke, the sense of irresolution and potential to offend only compounds. The last of them, one that begins with the word “slavery,” arouses a wave of gasps and groans so audible that C.K. pauses before delivering the punchline to delightfully point out the absurdity of the reaction. He reminds us that we had just laughed at a joke about whether a fictional Make-A-Wish kid with cancer actually deserves to go to a Yankee game. “You can’t cherry-pick,” he says. And he’s right. The joke is brilliant not because it’s about slavery, but because it makes us laugh at our own awkward discomfort with the mere mention of slavery. The point of the whole bit is that whether we choose to acknowledge it or not, we’re all guilty of partaking in the benefits of injustice and the suffering of others. To be scandalized by your own moral inconsistencies is absurd.

We’re committed to keeping our content free and accessible—meaning no paywalls or subscription fees—so if you like what we do, please consider becoming a SLANT patron:

Review: Out There: Season One

Review: Come and See Is an Unforgettable Fever Dream of War’s Surreality

Review: Stella Meghie’s The Photograph Isn’t Worth a Thousand Words

Interview: Lesley Manville and Liam Neeson on Working Together on Ordinary Love

Our Preview Section Is Your Most Complete Guide for All the Films, Big and Small, Coming Your Way Soon